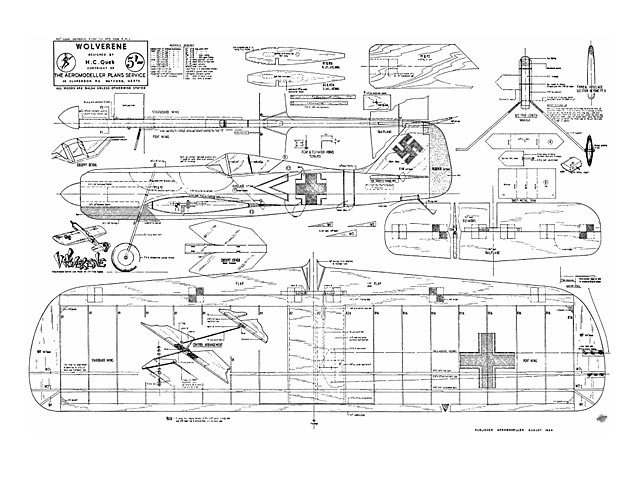 The Wolverene and Stallion (oz10968) both appeared in the same article in August 1964 Aeromodeller.

Quote: "...The December 1962 and May 1963 issue of Aeromodeller offer colour schemes for both these models. The original Stallion was actually decorated to HC Quek's choice and was painted silver with red trimmings aft of the fuselage beyond the belly scoop, including the whole of the tail unit. Wing tips and a 1/2 in wide band around the intake were also red. Dummy exhaust stacks can be fitted and painted dull red over a black base and if you like, a caricature profile pilot, adds a little realism.

Flying these models will present no problem to anyone of even moderate experience as they are very stable in the air and yet capable of all the manoeuvres in the stunt schedule, thus they combine excellent stunting with easy construction, plus the attraction of semi-scale combat. Why not encourage your clubmates to build one and do 'battle' in the circuit? All four of these semi-scales in one circle would be quite a sight!

Heading views show Stallion fitted with an AM 3.5 cc diesel and an Oliver Tiger 2.5 powered Wolverene each in semi scale markings based on Aeromodeller Aircraft Described subjects, the Mustang and FW 190. Below left is the Stallion again, with an Oliver Tiger diesel and above, Wolverene looking scalish with the profile fuselage hiding the engine. See 'Heard at the Hangar Doors' for an odd coincidence concerning the markings of this particular FW 190. Either model will with up to .35 cu in power." 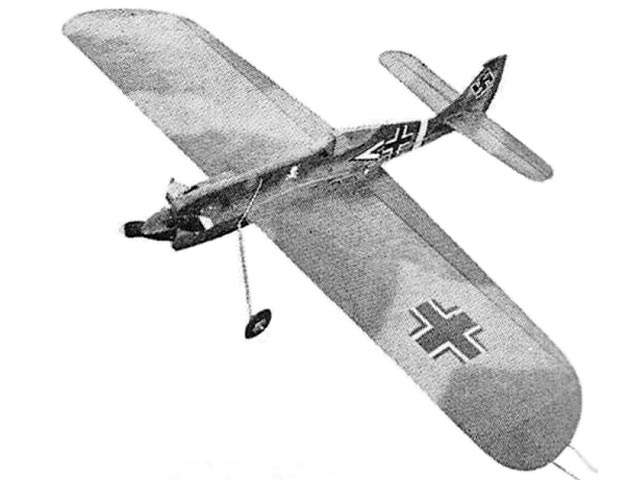