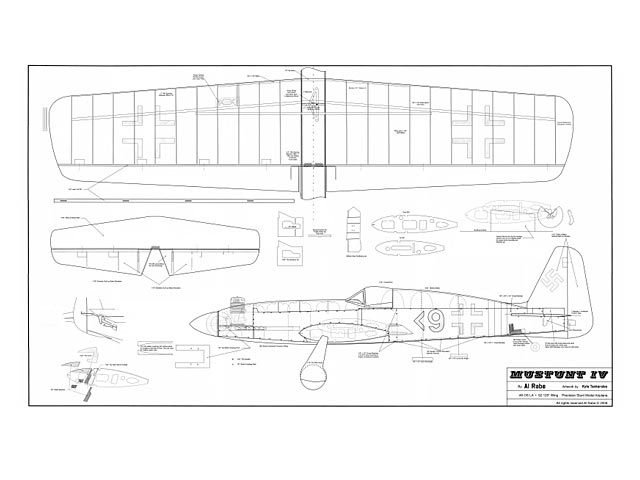 The Mustunt (oz6443) design (all three versions I, II and III together) first appeared in February 1973 American Aircraft Modeler. This here is a later variant, with much longer nose.

Note photo of completed Mustunt IV model was found online at https://stunthanger.com/smf/open-forum/plans-for-mustunt-ii-and-mustunt-iii/. Many thanks to Pit for the link - that webpage also has more photos of the original Al Rabe Mustunt IV model, and includes this quote from the designer:

Quote: "I don't recommend the Mustunt III. Its only change was the tapered wing which shortened the nose too much.Thirty years later I corrected that problem with the Mustunt IV. I put the wing on the bottom of the fuselage with dihedral to position the leadout location. The airplane flies and maneuvers upright and inverted with the wings level. I also added shock gears and a stretched the fuselage which vastly improved the appearance of the airplane. Mustunts II, III, and IV are all the same aft of the cockpit. It is also the best flyer... There is also an 11 part Mustunt IV tutorial on Stuka Stunt which runs more than 30,000 words and tons of photos..." 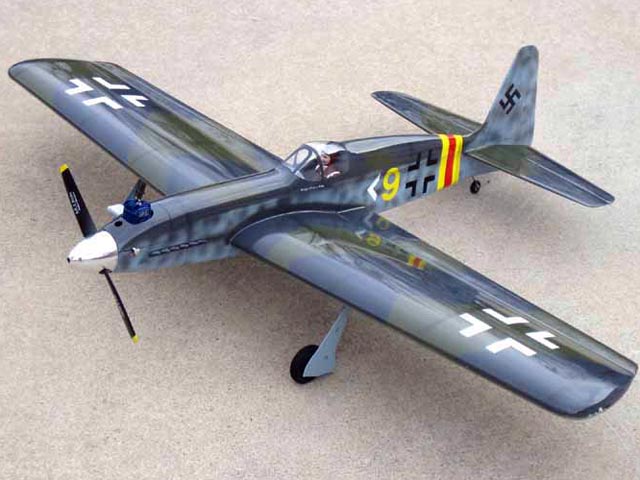