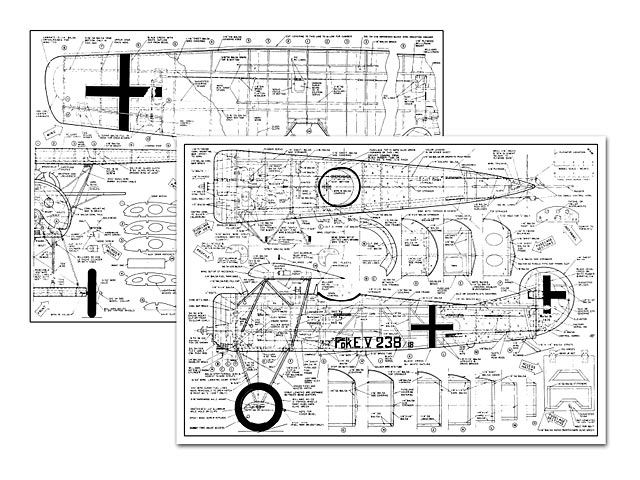 LAST month you saw Part 1 of the Fokker E.V, which covered the history of the plane's famous pilot, Ernst Udet. This part features the construction segment. The model is a 2-inch-to-the-foot, or 1/6 size, stand-off scale model of the Fokker E.V flown by Udet in aerobatic performances in 1919.

I followed the full-size Fokker EV construction by using a sheet-balsa-covered wing to simulate the plywood covering and a Micafilm-covered fuselage and tail framework to simulate the fabric. I used four channels, controlling elevators, rudder, ailerons, and engine. The model is light on the controls and I have performed some mild maneuvers with it.

CONSTRUCTION: Start the fuselage construction with the assembly of two side-frames. Cut bulkheads D and F to shape and be certain to cut the tongue and slot as shown on the plans. It is also important that all necessary holes be drilled in the bulkheads now. After the bulkheads are cemented in place, cut the cross-braces to shape, following the fuselage top view, and cement them to the side-frames.

Install landing gear and cabane struts at this time. I held the wire struts to the bulkheads with J-bolts. First tighten the bolts only until snug, then adjust the struts until the joints are in alignment and the struts are in the correct position. Bind the joints tightly with soft, fine wire. When the struts are true, solder all joints. When all the soldering has been completed, tighten the J-bolts fully and cover with epoxy glue on both sides to be certain they won't loosen due to vibration.

Bend the tail skid, then sew and cement it to the plywood base. Cement the plywood firmly to the fuselage structure.

When all the struts are in place and well secured, secure the nuts which are located on the interior side of bulkhead D to the bulkhead. The engine mount hole locations are governed by the engine and mount to be used..." 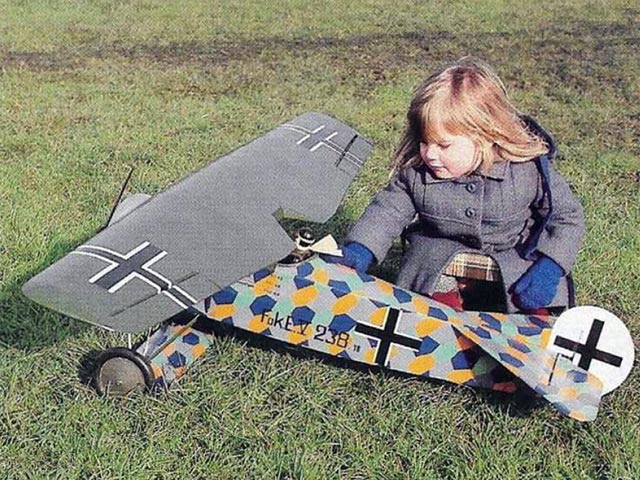