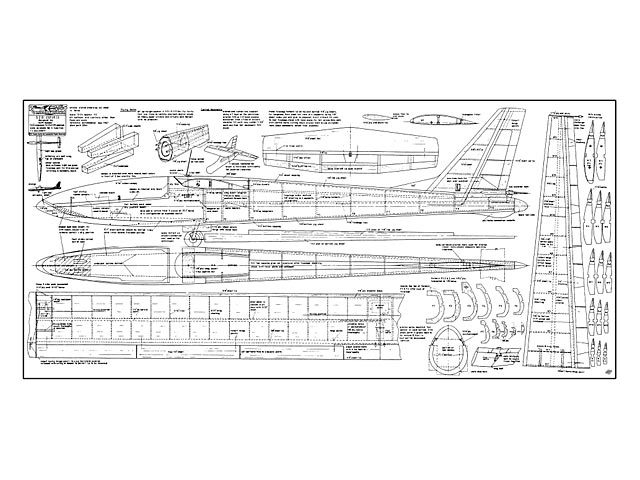 Poland's SZD Zefir 2 was a subject I have always wanted to model. It's one of those aircraft that looks right and is really quite simple to build. It's all straight lines other than the canopy pan, and I was able to use three pieces of block balsa in a U configuration for that. The prototype was really one of the last of the wooden sailplanes, about 1965 vintage, but even so has quite a bit of plastic used in its construction. It was very advanced technologically, using a tail brake chute and Fowler flaps plus a retractable undercarriage and prone pilot position which required the use of hydraulic control runs.

From the modellers' point of view the tail group is super, no split elevators on this one. I did, however, cheat slightly on the flaps. Instead of the Fowler type I fitted straightforward bottom hinged ones. I really couldn't see all the complication of the original so hence the simpler hinged type. Incidentally, they work as super air brakes on landing approach and finals. Which leads me to say, don't be put off by the tiny wing tip chord. My original hasn't as yet tipped stalled in the three years I have been flying her. (I shouldn't have written that, I know).

The model is a superb flying machine and will soar from light winds to heavy, ie 2 or 3 miles per hour up to 40, and will fly fast or, with a little flap, slow right down. Magic to watch, better to fly. So if you are looking for a new scale glider try this one. I think you will like her.

The control sur-faces are all scale in size and area with ribs, etc, in correct position to show through the fabric correctly. Wing section is near scale using the Annenburg system of tapered ribs. The wing panels are joined in midspan with a one piece centre section, which is of course not scale but the advantage of a stiff centre section plus simpler transportability outweigh the slight disadvantage from the scale point of view. The standard scale judging is from a 30ft circle anyway so I colour tape the wing joints which are not noticeable at that distance.

The R/C gear is installed under the wing, other than a flat pack nicad which hides under the pilot's legs. This leaves the cockpit clear for detailing to whatever degree you want. I used a Cindy type doll for my pilot but as she wasn't long enough (the model is approx 1/5 scale) some longer balsa legs and feet were fitted and worked quite well and filled the cockpit up nicely.

Construction. We'll concentrate on the awkward areas and not try to do a blow by blow account, as anyone likely to build Zefir 2 will have their own constructional methods anyway. I build the wings first and the points to watch are firstly the flap and aileron hinge joint..." 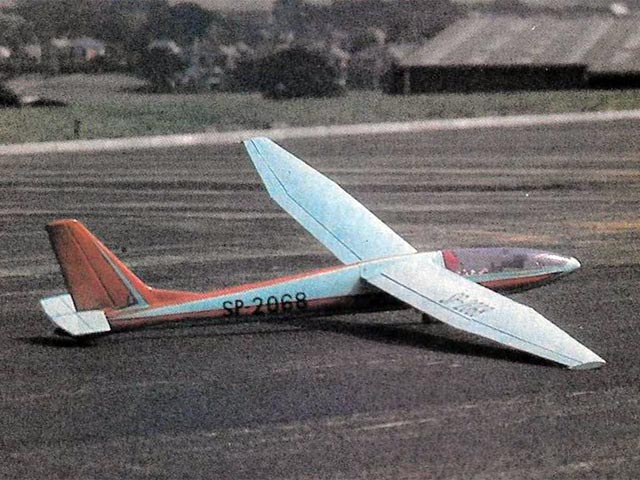