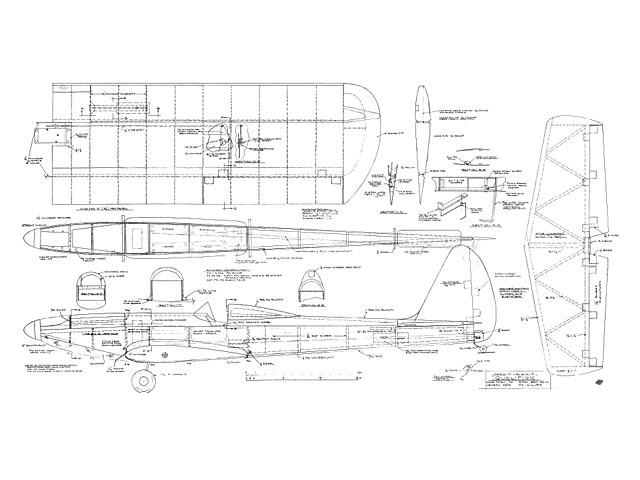 Quote: "Steve, I remember sending you plans for Jerry Nelson's 1963 Qualifier II (oz5187), but just realized I haven't sent plans for the first 1960 version, simply called the Qualifier. Looks exactly as the photo you have for the Mk II. Main difference I can see, is the original is a tailwheel design and the Mk II is a nosewheel. There are no building instructions for this one, but there is a minimal 'how-to' in the Mk II Supplement download. In those days, it was rather common to have the author say something like, if you're building this one, you should be experienced with building that you're capable of doing it without detailed instructions. Probably to save magazine column space.

According to the Vintage Radio Control Society website, these plans were published in an issue of RCM&E, 1960, no month stated... I had it scanned in PDF form, and greyscale, in an effort to remove as much of the paper's yellowing as I could.

I've wanted to build this one for quite a few years, but didn't have a workbench large enough to handle it. Maybe after I get the workshop room addition built.

Again, Steve and Mary, THANK YOU for doing this service. I can only imagine the time and effort required for accomplishing it. "

ONE of the interesting people we met at RAF Kenley last August, during the 1962 World R/C Championships was the young Californian Gerald Nelson, whose (model) piloting prowess had already won him a place in the 1963 USA R/C team. (The Americans selected their team early).

Following his preference for a lightly loaded Aerobatic model, Jerry has designed a series of models featuring a large wing, one of which was the Sultan (oz1255). Qualifier represents a lightly loaded streamlined layout using a thin semi-symmetrical wing section as distinct from the fully symmetrical sectioned Sultan which Qualifier actually predates.

Qualifier is a successful competition model. The designer flew it to first place at the 1961 US West Coast Championships, a premier multi event out there and repeated this win in 1962 with a Sultan.

The original Qualifier appeared with a two wheel undercarriage since Jerry prefers this arrangement. However, the American multi aerobatic schedule, which includes a 'touch-and-go' landing, virtually necessitates the use of the tricycle undercarriage fitted later.

Though now considered 'outdated' by strip ailerons, the Qualifier's inset tip ailerons are a pleasing compromise between the docile and over responsive, imparting smoothness yet still effective enough for excellent four-point rolls. Landing technique is to bring the model in low for a flat approach with a little excess speed, then throttling right back to allow it to settle on the runway. 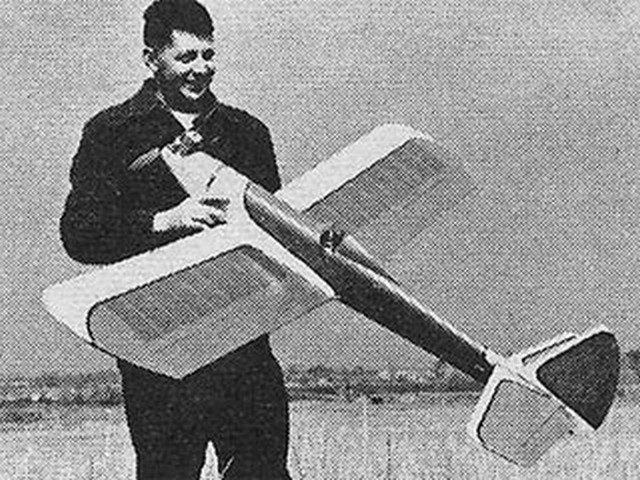