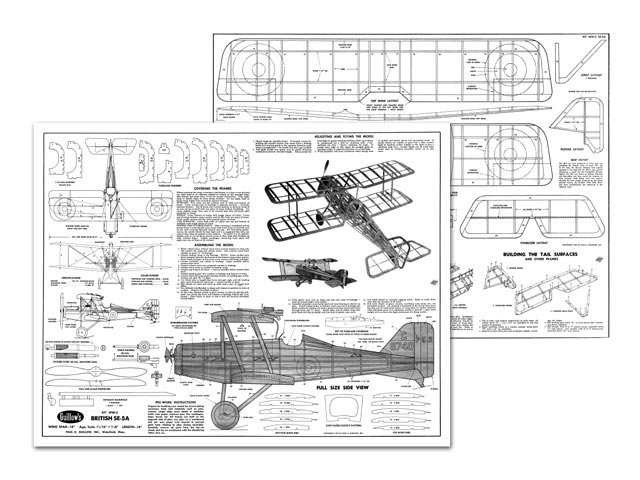 Quote: "Brief History: The SE-5 was first produced in 1916 and was patrolling the Western Front on April 1917. Up to this time, the German Albatros had reigned supreme in the skies but the SE-5's soon proved themselves a match for this formidable German fighter. The SE-5 was flown by Bishop, Mannock and McCudden and they scored the majority of their victories while flying what was unques-tionably the best design produced by the Royal Aircraft Factory. By October 1918, 2973 SE-5's had been manufactured and delivered to the fighting areas."

Discontinued kit from Guillows. This kit has been out of production since the 1970s.

This plan was kindly submitted by Tom Solinski, who is Admin on the Guillow's Flying Models group on Facebook at https://www.facebook.com/groups/1538675473123901/

Quote: "This week I changed the group cover picture to include my whole Guillows collection. Several folks have asked for copies of my WW-I series 18 inch span models from the 50's and 60's. It dawned on me to check your files. And you only have 3 of them listed, so here are some more to add to the Outerzone collection."

Note cover art images were found online at: http://www.theaerodrome.com/forum/showthread.php?t=36831&page=276 many thanks to Gregvan. 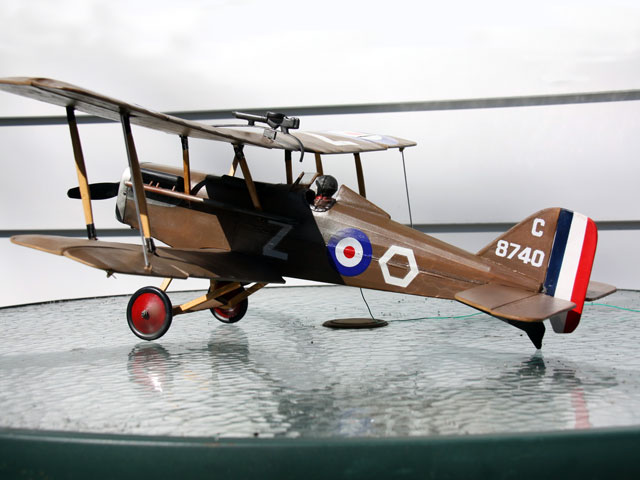