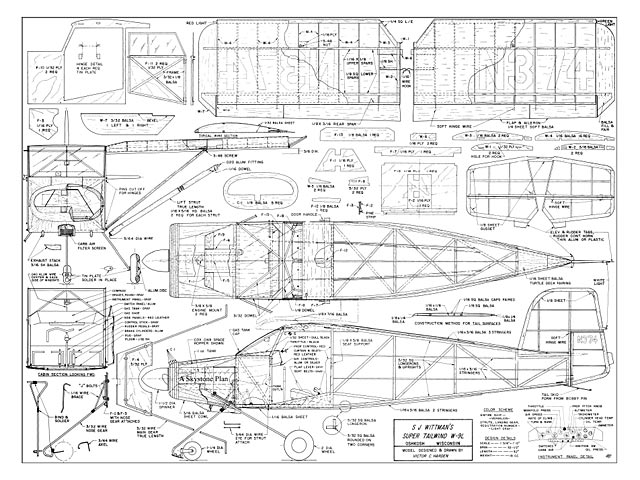 Quote: "Steve Wittman's racing and pleasure planes have been done more than many of the standards. However, each modification or derivation of one of his planes demands a new flying scale version - here we have his Super as scale free-flighter.

Of all the homebuilders in aviation today, no one is as well known as Steve Wittman for both racing and pleasure craft. This luster is not only due to the terrific performance he achieves but also to the many innovations he originates, such as the Cessna spring gear used so widely today. It would seem each time this man gets the bug to build a new ship he ends up with another advancement for aviation. To my mind his latest ship is such an advance. It brings together all the skill and know-how of this artisan in clean and simple beauty.

Steve Wittman has built a number of aircraft besides his racing ships. They have been two to four-place airplanes. Each has filled a need in his activities. One by one they were replaced due to changes in his requirements until today the Super Tailwind, model W-9L, has arrived. The ship's predecessors include the original Buttercup, Big X, and a couple of Tailwinds. Each deserve a spot in the Wittman story.

The model can perform as well as the prototype if reasonable care is used during its.construction. So just keep, your eye on those lines and here we go for some real free flight scale fun and thrills..." 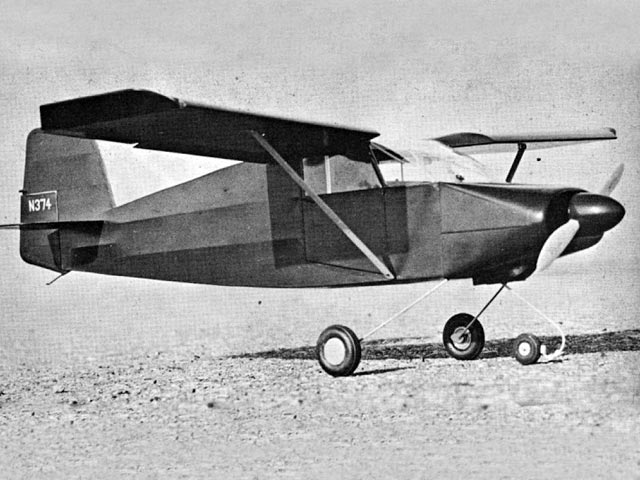