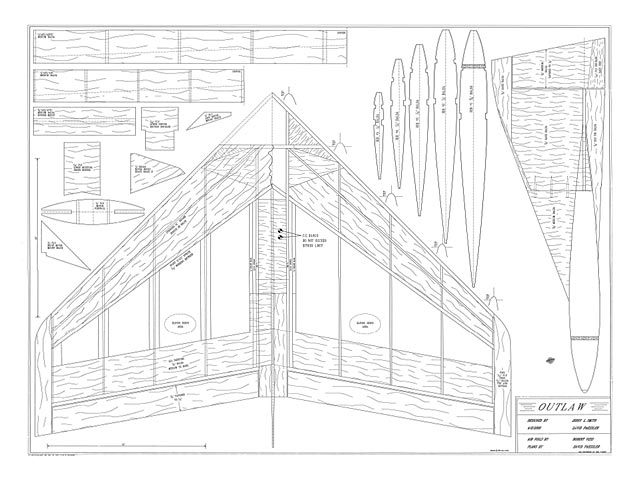 Quote: "Designed by 9 time NCFFA champion Jerry L Smith of Paducah Kentucky, the Outlaw is a very unique high performance aircraft that possesses a very wide flight envelope and is capable of some very interesting maneuvers unique to this design. Jerry has been flying this aircraft on the air show circuit for several years now and it always gets the crowd fired up and asking - Where can I get one?

Previously the Outlaw was available in a short kit and it required a bit of time and modeling skill to assemble properly. The Outlaw features a progressive airfoil that transitions between the root and tip rib and also has anhedral built in. Noted aerodynamicist Robert Vess assisted Jerry with the design and this unique airfoil and planform are part of what makes the Outlaw perform as it does. It also made the Outlaw difficult to build correctly for most modelers. Extreme Flight engineers spent many hours perfecting the construction and assembly of this aircraft and tested many prototypes to make sure the Outlaw ARF lived up to Jerry’s expectations, while making it easy for the average modeler to assemble. For most modelers the Outlaw ARF can be assembled and ready for flight in a couple of evenings..."

The above quote is taken from the Outlaw (IC) ARF instructions, dated 2008, see www.extreme-rc.ru/cms_files/File/Outlaw%2036%20manual.pdf.

Discontinued kit. This is the old plan. Originally available as a short kit, the Outlaw was then sold only in ARF format, and is (in 2019) now only available as an electric-powered ARF, see https://extremeflightrc.com/search.asp?keyword=outlaw. 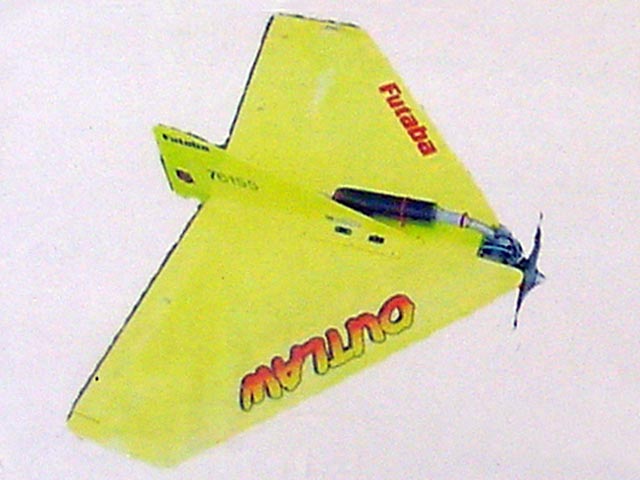