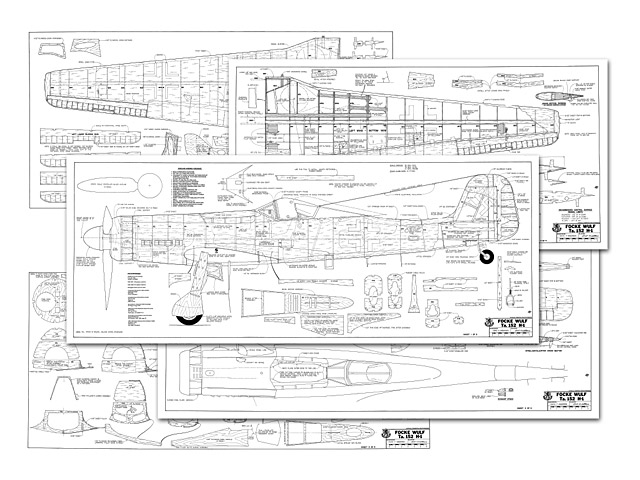 Part I. It is believed to be the fastest and highest flying propeller-driven airplane to see combat in WWII. The TA 152H was built to counter a threat which never materialized - a belief that the Allies had developed very high altitude bombers. Because it was so fast, faster than most jets of the era, its major combat role was to fly cover for ME 262 jets.

But most amazing of all were the difficult conditions under which it was designed and built lin early 1945, the infrastructure of Germany was collapsing. There was no petrol for trucks. Roads and railroads were destroyed by bombing. Aircraft parts were transported by bicycle. Draftsmen ran out of paper and aircraft workers drank water from fire reserves. Teat pilots were called to combat, so Professor Kurt Tank, the Chief Engineer of Foke Wulf and designer of the FW 190 series, had to test-fly the TA 152H himself. In one famous flight, he was attacked by Mustangs which he easily outran.

Of the 60 that were built, 12 saw action before the war ended. Only one aircraft remains. It is in the Smithsonian's Silver Hill facility undergoing restoration.

Speed Without Apology: From my experience, the ideal speed for a scale model airplane seems to be about 50 mph at cruise, increasing to a top speed in level flight of about 80 mph, slowing down to less than 30 mph for landing. Flight slower than that becomes vulnerable to turbulence and, if faster than that, the sky isn't big enough for interesting maneuvers. Size should be above the IMAA minimum size for visibility Ground handling must be rood on both grass and hard surfaces and it should be attractive.

The search for such an airplane led me to the Focke Wulf TA-152H. At 1/6 scale, the TA-152H would have the following speeds in order to fly realistically:

Few scale model airplanes can fly comfortably at scale speed in all speed regimes, but the TA 152H at 1/6 scale can. With its light wing loading and six feet of flaps. even the very slow landing speed can be flown if there is a small headwind. From a blazing top speed to a glider-like landing, it remains within scale speed range during the entire flight. Even its huge loops and tall verticals are in scale proportions. No longer must the pilot fly on the verge of a stall to maintain realistic speed. This airplane is stable and controllable at all airspeeds and a thrill to fly.

It is interesting to calculate scale altitude too. One-sixth of 50,000 feet is 1.6 miles. One would need a telescope to fly a model that high, if that were possible.

Despite its long wingspan of eight feet. the model is not a monster. It's long and lean, not big. Compared to an FW 190D at the same scale. the 190D would have a wingspan of only 69 inches. One would not want to scale up the TA 152H any further because scale speed would he too fast.

The model presented here was designed by enlarging the ScaleCraft drawings and filling in the structure. It is exactly scale except for one necessary deviation: the
thickness of the wing was enlarged at the root by 3/8 in. This had to be done in order to fit the retractable landing gear. This was accomplished by rounding the bottom of the airfoil, leaving the upper surface scale so that the wing fillet would not be affected. This tends to improve high-speed characteristics in the bargain.

So, if you don't mind being hopelessly outnumbered by the Mustangs and P-47s at your club field, you should consider building a TA 152H, Ignore the crumbling infrastructure of your workshop, scrounge building materials at the local hobby shop, and bring them home on a bicycle. Shove a copy Of Wagner's Ride of the Valkyries into your stereo. Then, stubbornly dig in for a good build. Before long, you will be flying faster and higher than all the other warbirds at your field.

Flying: Check the battery before each flight. Except for static display, install a short servo extension cable to the charger jack in the cockpit floor. Use it to check the battery with an expanded scale voltmeter. Fuel up and pump the air tank pressure to 80 lb/sq in. Turn on the receiver switch located on the cockpit floor. Push Franz Grueberman, the dummy pilot, down into his seat and close the canopy over him. Check all controls. Note especially whether they are moving in the correct direction. Nearly every experienced pilot has crashed at least one airplane because a control was reversed - get in the habit of checking before each flight. Lift the nose and cycle the landing gear.

Start the engine. Despite the spinner's size, a standard Sullivan starter with a standard cup is adequate. Let the engine warm up and tweak the needle valve to slightly less than full power on the rich side - we have plenty of power here - there's no need to risk a flame-out for a little bit more power.

My only disappointment with this airplane is the sound level. Although the Slimline muffler is effective for its size, online noise measures over 100 db at nine feet - too loud for many flying sites..."

Quote: "This is the plan posted by David Andersen at http://www.mnbigbirds.com/Andersen%20Plans.htm. It is a great hi-res scan (at 400 dpi), and has some very minor variations from the magazine plan as published. Looks like this was a proof copy, for checking details. There are some pencil notes on the plan with instructions from David Andersen to RCM draughtsman Bob Wallace to ammend issues like direction of grain shown in the rudder core section, etc. Have tidied these issues up now, as best I can. Also cleaned up up and aligned each sheet. I think this is now a good facsimile of the plan as published." 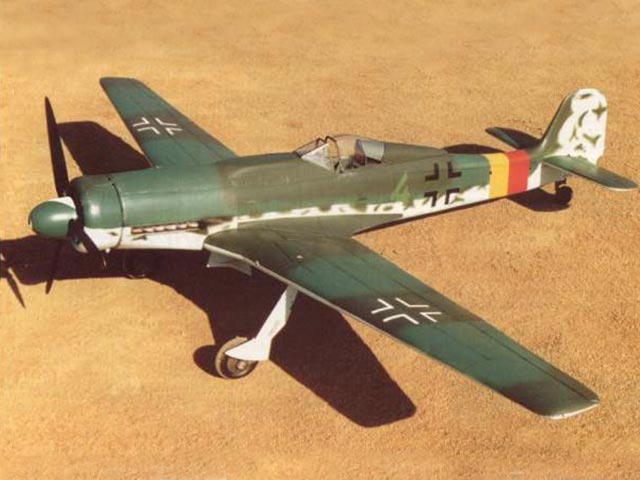