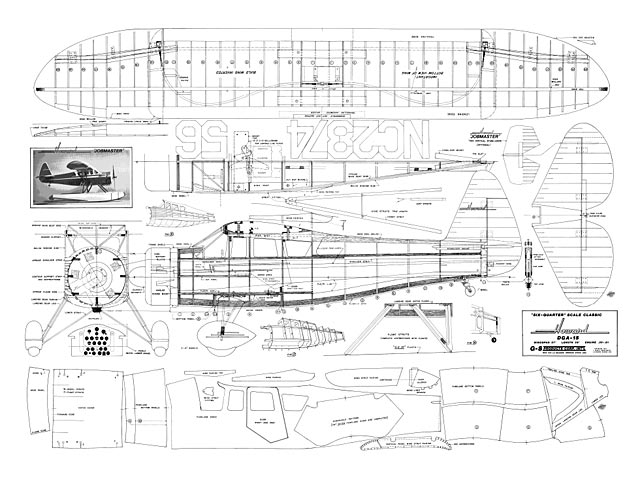 The Howard DGS-15 was deveoped from the famous DGA-6 Mr Mulligan racer which won both the Bendix and Thompson races in 1935. The only plane ever to win both. Remarkably similar to the race plane prototype, the Howard is noted for outstanding performance, ruggedness, and ease with which it is flown. The model fulfills all the qualities this great plane possessed.

Note boxart shows plane complete with floats, but floats are not included on this plan. Floats were a separate item with ref: GS-33.

Note the plan thumbnail shows one sheet, but this planfile has been split into 2 sheets for easier printing. The original plan was on 42 inch width paper. 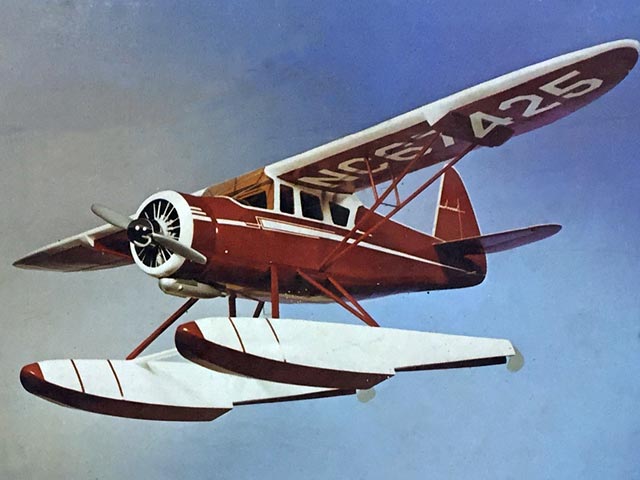