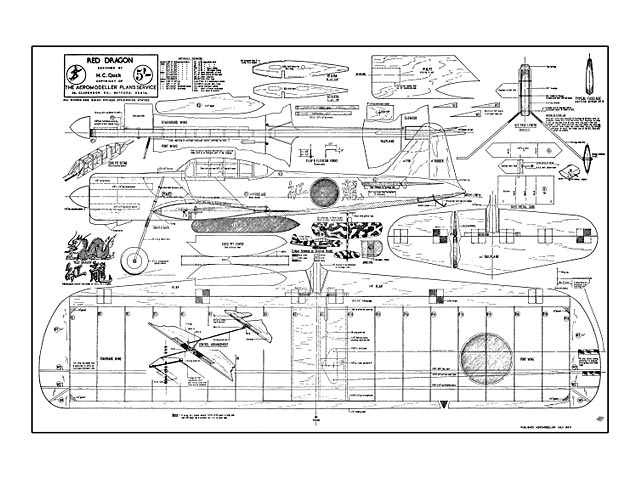 The Red Dragon and the Flying Tiger (oz10656) designs appeared together in the same article, in Aeromodeller July 1963.

HERE'S A PAIR OF stunt control-liners that have very attractive semi-scale lines, can be built quickly, will give every satisfaction as far as aerobatics are concerned and which can be flown jointly in the same circle in mock combat. The Flying Tiger has been around for almost eight years in various forms, no less than seven developed types having been made to date and all of them exhibiting similar flying characteristics. They have been popular amongst Mr Quek's friends, are well known in their Singapore field of origin and we are sure, will be popular newcomers to Aeromodeller Plans Service. They are each similar in size and general construction.

They differ widely in their profile appearance, being based upon the Mitsubishi A6M5 Zero-Sen and the Curtiss P-40 Tomahawk - which were, of course, old adversaries during the Chinese/Japanese war around 1939/40. Mr Quek's decoration simply shrieks for use on all models and we look forward to seeing hosts of them around gaily (and accurately) painted at the rallies this coming season.

Carefully constructed, Flying Tiger and Red Dragon will take a fair amount of hard knocks and in any case, the amount of repairs required amounts to very little even in the most severe crashes..." 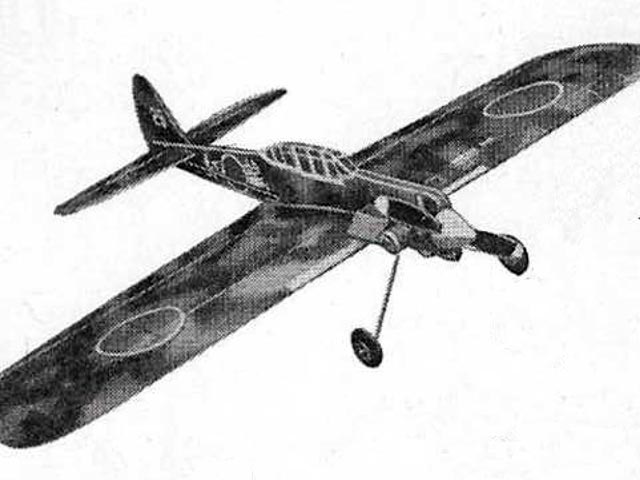