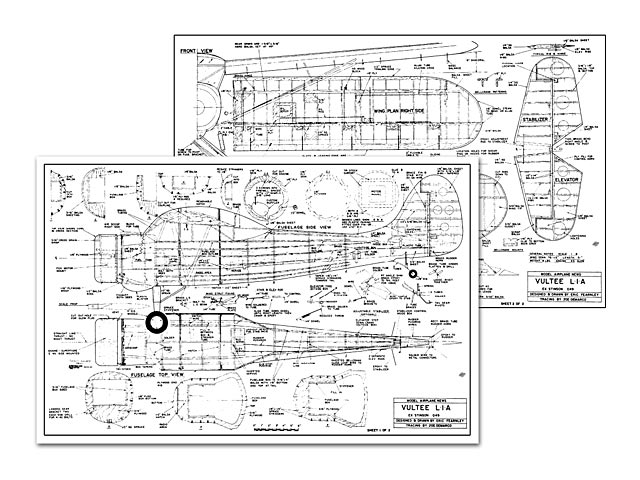 Quote: "THE term STOL (short takeoff and landing) is much overworked in aviation. The US official minimum standard for it is the ability to take off from a standing start and clear a 50-foot obstruction in under 500 feet. Most major powers at the start of WW II had such planes in service. Britain had the Lysander, Germany had the Storch, and America had the Vultee L1 series.

Starting out as the Stinson 049, this plane was taken over by Vultee after winning a competition run by the US forces against entries from Bellanca and Ryan. The military mood changed, the liaison class of airplane evolved, and the plane became the L1. Some 500 were built, of which about 200 came to the UK and were known a Vigilants. The first batch were Lease-Lend stopgaps taken from US Army stock, and they arrived in polished metal and silver dope finish, complete with 'red spot' type insignia and red/ white tail stripes. They were painted over in combat RAF colors. Nothing is simple in a war and later on Vigilants already painted in RAF finish were transferred to US service, and painted over in Army Olive Drab with white stars without the center red spot.

The eventual demise of the Vigilant was because the shortage of 'strategic' materials and the long hours it took to build made it a low priority in official eyes. Combat airplanes were wanted desperately, so the role of liaison was downgraded to the use of conversions of light private planes, such as the Aeronca, the Piper, the Taylorcraft, the Interstate, etc, under the general name of 'Grasshopper.'

This is no grass-hopper. It's a complex but beautiful airplane that is completely different from anything else - and the bonus is that it flies like the plane you dream of all your life.

Most of the top scale designers these days seem to limit their choice of airplane to one where they have the actual full-size one available at the local museum or airport so they can measure up and build to Class One or museum standard.

There are thousands of beautiful airplanes ready to model, provided that we are prepared to do a lot of searching for documentation, and also to be satisfied with 'eyeball' or Class Two models, where the outline and finish are accurate, but without the fine detail added which is not always possible from published photos. Personally, I like to see my scale jobs where they belong - in the sky - so why waste many hours adding detail that cannot be seen 10 feet away? What I do demand, and something even Class One builders often fail to do, is to make the plane not only look like the full-size one in the sky, but also to fly like the full-size one too.

The Vultee is a great airplane to fly. It was saved from total destruction by the slats and flaps on its first day but more on that in the flying section.

Construction. There's nothing difficult about building this model, you just need some patience. The hinges are for the complex flaps and ailerons - the latter being scale static and dynamic balanced - are all simply made of brass tube, flattened at the end, drilled and hinged either by loose rivetting or small machine screws, clipped off, and soldered one side afterwards. The tail hinges are set into the control surface to give scale movement. They too are brass tube and epoxied into the structure.

There are two areas that are more tricky, the first of which is the leading edge slats. Mine are linked to the flaps rather than have the scale automatic system. Making the slats is quite easy. I soaked four lengths of 1/32-inch ply, then wrapped them two each side to the shaped leading edge and secured them with tape until dry 48 hours later. After that I removed them, coated them with slow-drying epoxy, and refitted them to the leading edge, using thin plastic food wrap to stop them from sticking to the LE while they dries.

The other problem is the large moulded 'greenhouse' cabin, which actually came out far better than anticipated..." 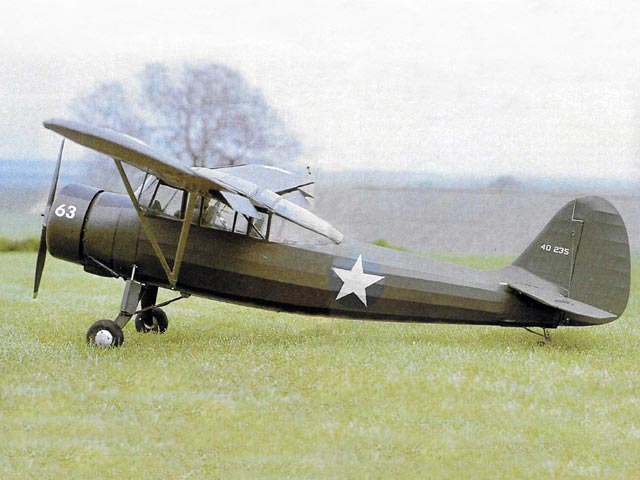