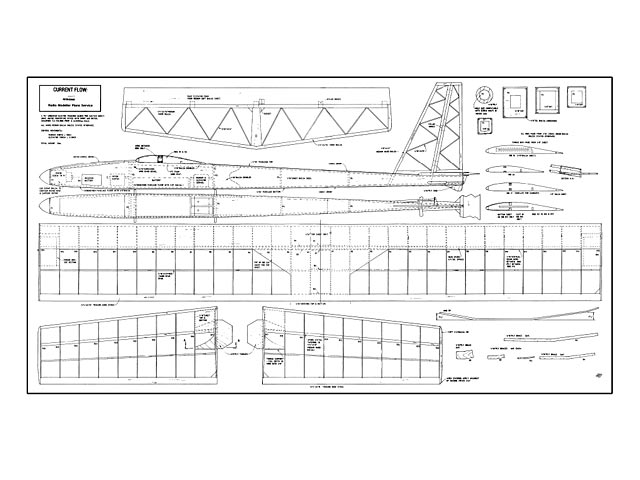 My first attempt at building a radio controlled aircraft was an own-design high wing trainer with an old Thunder Tiger 20 screwed on the front which I built about six years ago. Even though the model was capable of flying reasonably well, the motor was a pig to start (I couldn't afford a starter) and I couldn't find anywhere suitable to fly it. To cut a long story short, it ended up in the loft and I went back to making model boats with electric motors - a much simpler proposition.

About two years later I decided to visit Old Warden on a beautiful sunny afternoon when they were holding a Silent Flight model event. I was totally amazed; here were these wonderful clean, quiet radio controlled aircraft which could be flown anywhere without upsetting anybody. No worries about starting either! I had to have a go! The old trainer was extracted from the loft, a well worn Mabuchi 550 electric motor, speed controller and battery pack taken from my model boat and in about four hours it was down to the local playing field with the family in tow to see if the assembly of bits would fly.

Following a launch that an Olympic javelin thrower would have been proud of the model managed to keep in level fight for about one hundred and fifty yards before coming gently to rest on the football pitch. I was well pleased; after all, if this was possible with the bits and pieces I had managed to screw together in a few hours, think what could be done with a purpose-designed model.

What shall I make? The next few weeks were spent collecting as much information on electric flight as possible and thinking about what to build. Even though I had previously built many free flight models I was a novice at radio controlled flying so it had to be something easy to fly. A glider seemed like a good idea. If the design was right this should produce a stable model with reasonable flight duration even when using a relatively inexpensive battery and motor combination. Over the years I had built many tissue and balsa models so why not use the same techniques? After all, this should produce the lightest structure which is a very important attribute for electric powered aircraft. Mind you, perhaps I would replace the tissue with one of the heat shrink plastic films that everybody seems to use now.

Other features of the design were a high aspect ratio polyhedral wing for good glide performance and stability plus a reasonably thin, flat bottomed wing section which would be easy to build and should allow for a reasonable turn of speed without becoming too inefficient. The rest of the design was very conventional with a box section fuselage and flat built up tail and fin. After sketching a few lines on the drawing board it was off to the model shop for some supplies. Does anyone actually draw detailed plans before building an own design sports model? At this point I hadn't decided on the details of batteries and motor, but more about that later.

Out with the balsa knife. I will only give brief details about construction since the methods employed are similar to any other simple built up model. I suggest you start with the fuselage.

Cut out the sides, attach the balsa doublers using contact adhesive and add the 1/8 inch square strip to the edges as shown. Next cut out the formers, assemble with the sides and add the bottom sheet making sure that the grain direction is correct and that the complete assembly is straight. Remember bananas are for eating not flying. The motor alignment is fixed by former F1. No side or clownthrust is built in, although you may need to experiment in this area if you decide to use a more powerful propulsion system. Next add the top sheet and round off the fuselage edges using abrasive paper prior to cutting out the top hatch. Fin and tailplane can be made over the plan using medium hard balsa strip as shown. Glue fin and tailplane to the fuselage being careful that alignment is correct.

The wing is fairly straightforward as shown on the plan. However, there are a couple of points to note. The tip ribs are made using the sandwich method and the tip attached to the wing using 1/8 inch thick ply tongues which is a bit unusual on a modern design. I chose this method as it helps avoid damage in the event of a heavy landing. This has been proven on numerous occasions when the tips have simply been knocked out of the end of the wing after hitting the ground. You may think that the tips could fall out during flight but there has never been any hint of this - just make sure that the tongue is a good sliding fit in the locating slot. If the fit is a bit sloppy stick a bit of adhesive tape on the tongue. Washout is only incorporated in the tips and can be applied during covering by raising the trailing edge tips 1/4 inch. Don't forget to build one left wing tip and one right..." 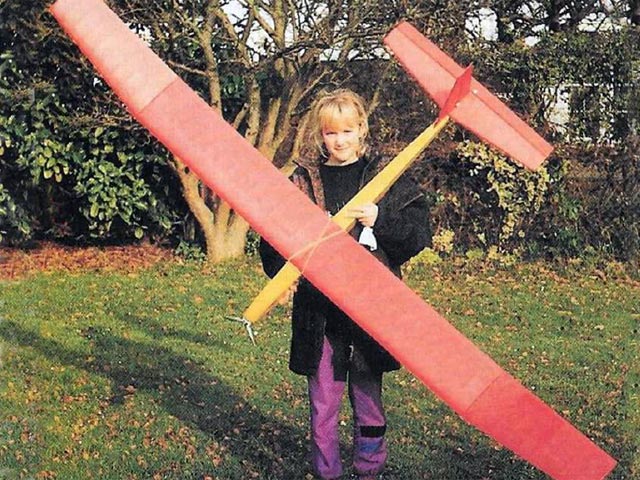