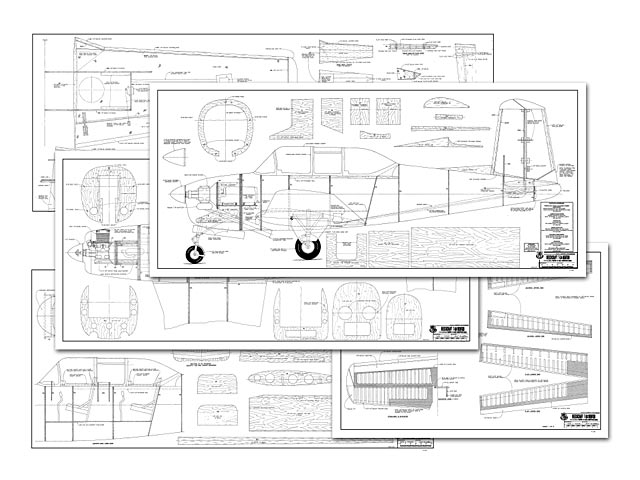 Quote: "Introduction. Truman was in the White House. DiMaggio was in centerfield, the Russians, Red Chinese and North Koreans were getting really cranky. In this environment, the Army Air Force and Navy Training Commands found themselves using high-time airframes from another era to train a generation of aviators who were destined to spend most of their careers in jets. The AT-6 SNJ fleet of 911 aircraft was suffering nearly 200 groundloops per year. The bent landing gear, bent wingtips, and bent propeller blades drove primary training costs out of sight.

In 1948, during a rare moment of cooperation, the Navy joined with newly formed USAF Procurement Division to evaluate three new primary trainer aircraft: the Fairchild 1-31, the Beechcraft T-34, and the Temco T-35. A well researched article by Don Pellegreno in the winter 1995 Journal of the American Aviation Historical Society argued that the Fairchild T-31 was the best aircraft, but the T-34 was selected because of its tricycle landing gear.

Regardless of the reason, the Eisenhower administration ordered the T-34 into production in 1952. In 1953, the USAF received its first modem primary trainer, the T-34 Mentor. Ultimately, the Air Force received 353 T-34A's from Beechcraft and another 100 from the Canadian Car and Foundry Company where they were built under
license. Canada also built another 25 aircraft for their own armed forces.

The Navy ordered 424 T-34B's which differed from the Air Force A's in the following ways:

Over time, the T-34 became an enormously successful program. While the service life of the Air Force A's was relatively short (1953-1961), due to the Air Force's decision to develop an all-jet syllabus; the Navy used their T-34B's for nearly 20 years. In 1973, the Navy extended their commitment to the T-34 by converting to the turboprop variant, the T-34C which remains in active service.

The Mentor was used by several foreign services, especially the Japanese, who built a large number of T-34A's under license. In the 1960's, T-34 began appearing in Civil Air Patrol service, Forestry service, and military base flying clubs. A few found their way into civilian hands and often received uprated engines, modernized avionics, and enlarged fuel systems.

The Sarver Restoration. I may not remember where I was when Kennedy was shot, but I certainly remember where I was when I decided to design a 1/4 scale T-34 replica. It was a clear October day in 1985 at Sky Manor airport in central New Jersey during an EAA event. Among the homebuilts, antiques, acrobats, ultralights, and warbirds was an airplane that seemed to glow. It was a T-34B in the original 1950's training command scheme of chrome yellow and green anti-glare panel with a polished aluminum spinner and canopy frame. I was in the middle of burning off several rolls of film when the owner, Jay Sarver, asked me if I'd like to sec the interior of the engine compartment. This was no ordinary T-34 restoration, this was a Beechcraft that could bring tears to Walter Beech's eyes.

According to Jay, his Mentor recently returned from Oshkosh where it was entered in the T-34 competition. The judges were so stunned by Sarver's attention to detail that he was moved into the Best Warbird category where he placed third. If you think third means that he was second best of the losers, it is important to note that Best Warbird category typically includes some serious heavy metal bombers, transports, fighters, and attack aircraft. Never in EAA history
had a primary trainer scored so high. Later that year, Jay's Mentor went on to win Sun 'n Fun and trophy at every air show where it appeared.

My decision to model this T-34 was sealed when I learned that Sarvet's airplane was hangared 40 minutes from my home, and I was promised unlimited access to it.

Designing The Model. I have a preference for working in fiberglass and foam because of the speed of construction, the high strength to weight ratio, the ease of alignment, the repairability, and the ability to generate numerous identical airframes. I thought long and hard about the corrugated magnesium skins on the tail and control surfaces, finally deciding to vacuum-form them over an aluminized epoxy mold. The project really started moving when Bob Walker of Robart Manufacturing agreed to fabricate the landing gear. Another intimidating issue was forming the canopy which had to be nearly 36 in long and 6 in deep.

Nick Ziroli Jr. assured me that Ise had equipment large enough to do it, so I began 'cutting metal,' as they say in the airframe business.

The First Example. The molds were completed and the components were assembled by the fall of 1995. Joe Weizer, a long time friend and highly respected modeler in my neck of the woods, agreed to build serial number 001. After wrestling with a fuselage that was too flimsy and a wing core that had a serious bow in one panel, Joe turned out a 29 lb miracle. He installed an O.S. BGX 3500, which fit neatly in the cowl, and provided reliable scale-like power for this first example. Joe's model was demonstrated at various model events during the spring and summer of 1996 and it continues to serve as a reliable practice airplane.

The Toledo Winner. Jim Sandquist is many things, among them he is an artist. He's probably the most gifted 'cockpit guy' I have ever met. He obsesses about things like rudder pedals and throttle quadrants..." 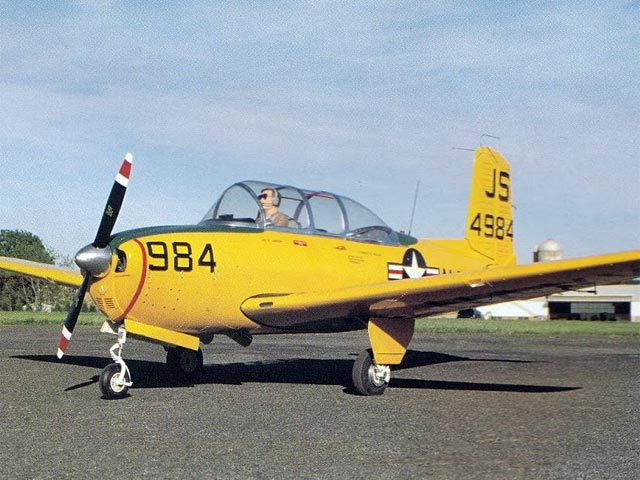