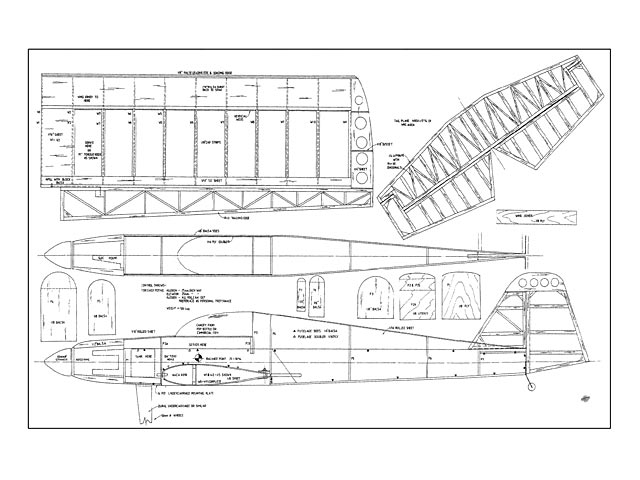 Quote: "Do all ARTF 3D Fun-flys look the same to you? Scratch build one that's different. Tiger Rag, by Graham Smith.

After a season of model shows with my son Josh in tow, I found that I had not been tempted by the vast array of kits on offer. Josh had been impressed by the huge variety of colourful 3D models that seemed to be commonplace. Being well known for my economically cautious nature, I had found it very easy to resist the temptation!

As Josh was still dropping the occasional hints regarding his next model, I decided to cave in and design one myself! As far as I could see it only required symmetrical wing section, large control surfaces and big wing area.

I designed the model around the SC 52 four-stroke, but a 40-46 two stroke would do well. Do remember that this is a light model, with an area of around 720 sq in, so with the prototype weighing in just over 5 lb, you could overpower it if you go bigger.

All my designs are, first and foremost, easy and quick to build. Being flat-sided with few formers, block nose, and mostly balsa sheet construction, she goes together very quickly indeed. Start by making a kit of parts: ribs, formers, doublers, etc.

The fuselage is made from two flat sides with doublers, remembering to make a left and right hand pair, mark the position of all formers, and assemble F1- F4 with the two sides and leave to dry. Then bring in the remaining formers and bring the two sides together at the rear ensuring all is square before the glue dries.

Add the snakes and sheet the rear decking, underside, nose and cockpit area. You will notice that the cockpit floor follows the same curvature as the nose. This was done only to make the task of building the nose easy. You could add cockpit detail if you wish, but for a model of this type you could just spray/paint the inside of the canopy to blank it out..." 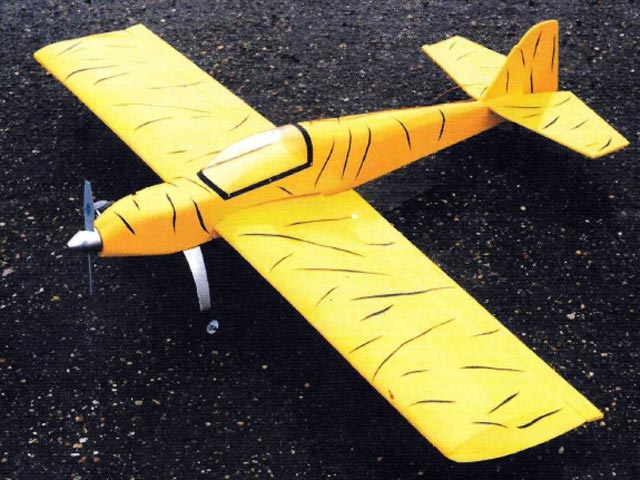