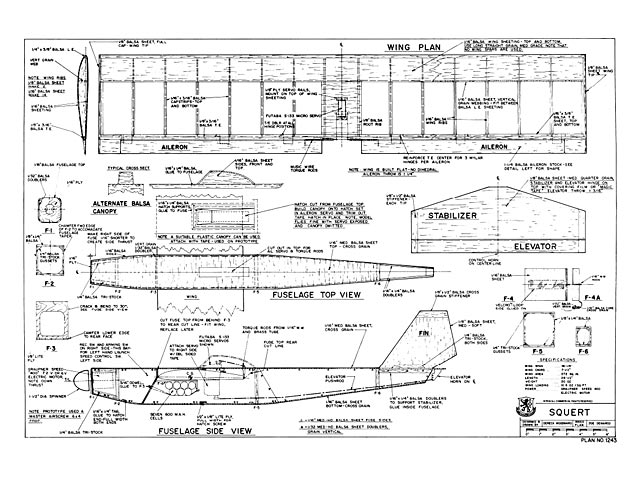 How about owning your own flying field? It would solve many problems, having somewhere to fly and being first! So, make millions, buy a big field, and build a Quarter Scalo FBO. Next thing, your neighbors are up in arms and the wonderful wail of a piped 60 becomes the fanfare heralding the end of your dream.

And a dream it remains for most. Mainly, we join clubs to negotiate field usage, though wilier coyotes look for alternatives! Back in England, mid 1993, I was in 'hog heaven,' an all week flying field minutes from home, until the neighbors and city hall struck and we lost that site.

But, what was that 'schoolyard flying' have read of? Well, there was a schoolyard nearby. But, running gas engines in proximity to housing, soon leads to one-sided conversations with the police.

Exit gas - enter electricity. My electric soarer would do but, in a tight space, it's a big animal in a small cage. Needing tight turning, rather than a flat glide, I converted an 049 ship to electric. She flew, but let's not talk about what an extra 8 oz did to a 16 oz model!

There's a message! But, before she spun into a hedge, she taught me much. Not one to stop now, I drew up something simple around the German Graupner Speed 400 motor ard seven AA cells. In a week of drafting and building. I had an eighteen-ounce prototype ready to fly— and fly she did!

Let's Shop! NiCds; across Europe. Speed 400 electrics are 'fueled' by yellow Sanyo 600AA's charged at one amp and discharged around six. I also tried Sanyo's KR750AAE, bought from Tower Hobbies. Both work great! Other cells used are the KR600AE cells, a favorite with European Speed 400 pylon racers, where space is at a premium.

Now, the motor. The most commonly seen in England is the Graupner Speed 400 7.2V - a Mabuchi 380 with a metal back-plate, so cheap it's almost embarrassing! A good source for Graupner motors and needed accessories is the Hobby Lobby catalog. Check their ad in this issue.

As for props - I've always ended up with a Master Airscrew 6 x 4 prop on my 400 electric models and 'Squert' was no exception. However, a few. 5' or 6" props will hardly take the food offthe family table, so experimenting won't hurt much.

That leaves one gap between NiCd and motor. As weight kills electrics, out with the rx NiCd and in with the BEC (Battery Elimination Circuitry) that works all all over Europe. My Futaba MC114H works well and allows longer flights by using lower power between maneuvers. There are plenty of suitable ones on the American market, but 'light and BEC' are paramount, with speed control a 'nice to have' third..." 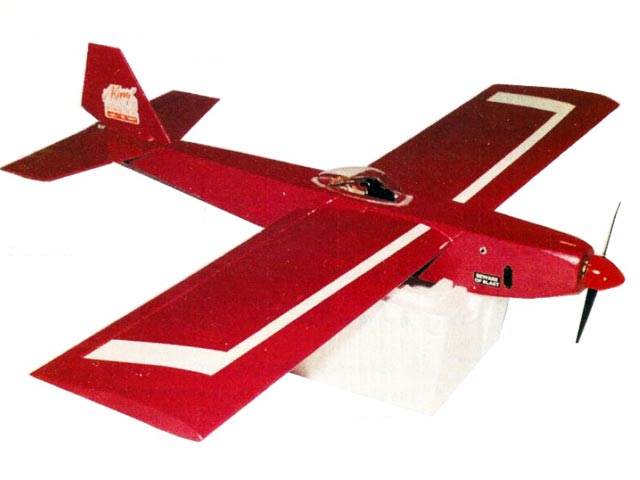