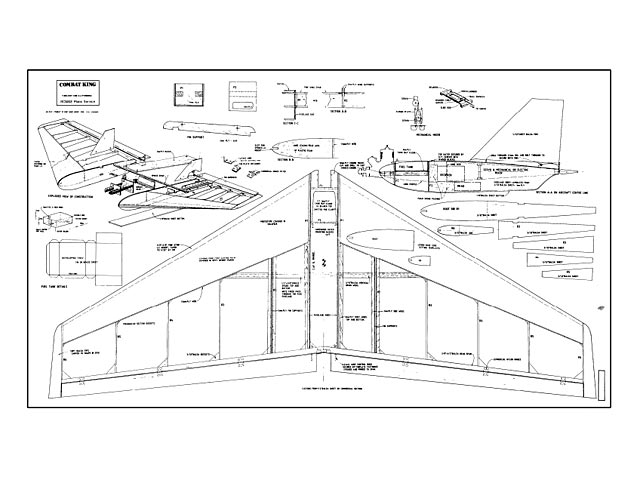 I first visited Leningrad (as it was called then) on a business trip in the spring of 1972. It was a grey, oppressive place, populated by silent, unsmiling people who just didn't want to talk to or even help any foreigners. My enduring memory was of the leader of the Russian client team who spent his time in the business discussions shouting at me and calling us 'Capitalist Pigs' and the like. Nothing could be good about this awful place, I thought, and so it was with considerable trepidation that I returned there in 1990 for a Control Line (C/L) Combat contest, if only to see how things were changing under Gorbechev and how the Russian aeromodellers had got to be so very good, which by then they had become in Free Flight (F/F) and C/L.

This second visit turned out to be very different indeed, for the Russian people were now very friendly and wanted to talk, learn and show us everything. I learnt a great deal about aeromodelling, the World and everything! One of the things that astonished me at this contest was at the 'Opening Ceremony', where the local R/C fliers put on the best display of R/C combat flying, both with streamers and in formation, that I had ever seen. Up until then I didn't even know that much R/C was flown in Russia, never mind anything as good as this!

I have since visited St Peterburg quite a few times and good impressions of the people and their modelling prowess increase with every visit. On my last trip I went flying with Viacheslav Beliaev, soon to become the only C/L combat flier in history ever to have successfully defended his World Champion title, and was suprised to find that we were going out to fly his R/C combat flying wing. Not being an R/C pilot at all, I declined, but was able to take considerable pleasure in watching what Slava and his 'teacher' Anatoly Litvinenko were able to do with their 'Combat King' models.

It was almost like watching a F2B C/L aerobatic model being put through the schedule -squares, eights, triangles, insides and outside loops the lot done smoothly and close in when wanted. 1 took a photo and sent it with a letter describing what I had seen to the Editor, and he not only published the picture (Nov '92 issue), but also asked me to try and get the plan and some photos for publication. Here it is and I hope that my inexpert scribblings will help any of you who want to have a try with one of these most unusual 'Combat King' models to do so without too much difficulty. In writing this I must express my thanks to Slava for his help in explaining the how to's when we met at the last C/L World Champs, for whilst there he had something much more important to do - like winning!

Construction. I am not going to bore you all stupid with a 'stick A to B' description, if only because it is not necessary. This is a very simple model to build, having very few parts, and all of these are simple shapes and from relatively large section materials. The plan calls for metric wood sizes that are not generally available in this country, despite the fact that we are supposed to have converted to metric some years ago..." 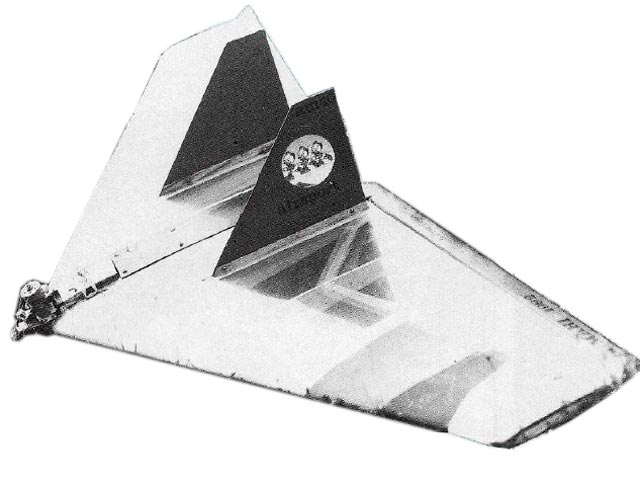