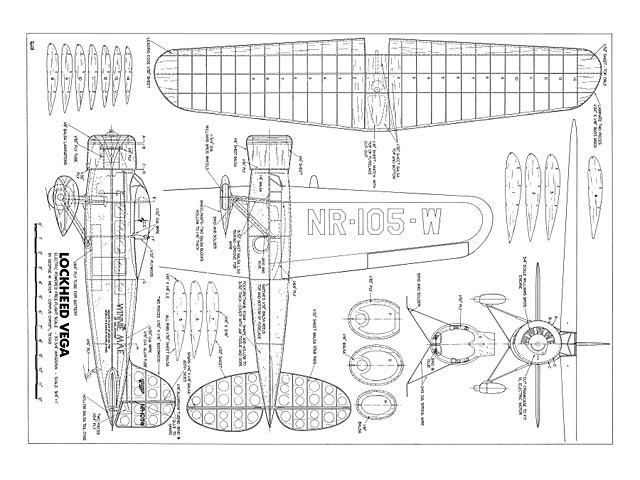 Being a logical development of the, earliest Whirlwind-Vega, the Wasp-Vega 5 was also a five place high wing cabin monoplane of typical Lockheed configuration and construction. That is, it had an all-wood monococque fuselage and an all-wood full cantilever wing; the Vega 5 now mounted the more powerful 9 cylinder Pratt & Whitney Wasp engine of 400-425 horse-power. In the quest for still higher performance, the Wasp engine was installed in the standard Vega; the performance derived from this added power was a combination that was nearly sensational. It was only natural then for these Wasp powered Vegas to go right out and start breaking records right and left.

Wiley Post's first Winnie Mae, a sister-ship to the later and more famous Winnie Mae that set a round the world record or two, was also a Vega 5 of this type and was built late in 1928; it was about the 4th Wasp-Vega to come off the line. Listed below are specifications and performance date for the Wasp powered Lockheed Vega 5.

The Model Structure. The Lockheed Vega, Winnie Mae gave me the chance to try a different type of construction for a Free-Flight model. After some experimenting with polyurethane foam, coating it with nitrate dope, acetone, model airplane glue, etc, no deterioration developed. The Lockheed Vega monocoque fuselage was a perfect subject on which to try this type construction, using a VL-Hytork 48 motor and it turned out to be one of the prettiest models I have built so far.

After some thought on the spiral problems of electric models during the cruise portion of the flight, I decided to install a pendulum control for both rudder and elevators. This keeps the model out of the deadly spiral dive and also allows the model to be built with scale dihedral in the wings.

When constructing the model, cut two blocks of polyurethane foam (I found some of this type foam at a local insulation company) on a band saw to the side view of the fuselage. A hand saw may be used. Cut four 1/32 in balsa keel pieces, two upper and two lower and glue them to the foam blocks with model cement or Titebond Glue. After the glue is dry, tack glue the matching keel pieces together, then cut the foam to match the top view of the fuselage. Cut cardboard templates to the outside contours as shown on the plans. Carefully carve and sand the fuselage to match the templates. 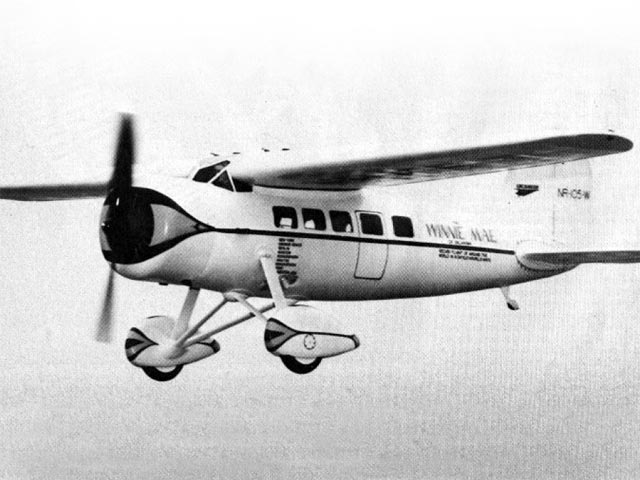