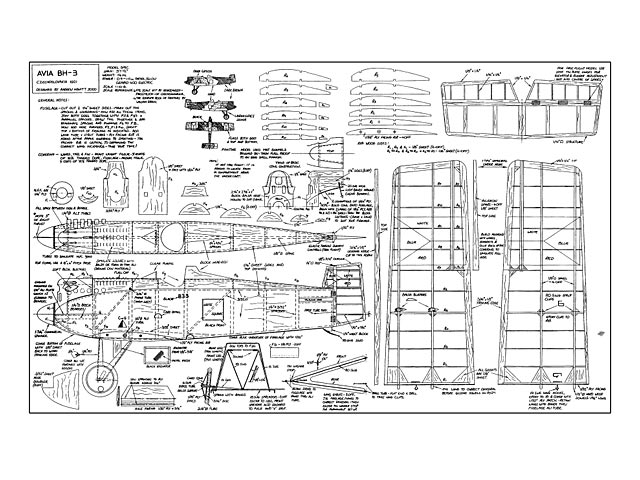 Czech this out! This 1920s low wing monoplane was ahead of its time. The Avia BH-3 makes a great subject for FF or micro RC.

Built in December of 1921 in Czechoslovakia, the Avia BH-3 represented probably the most advanced single seat fighter of its time, possessing the classic monoplane form, which was to rule the roost 20 years later. In many ways it was too advanced - monoplane aerodynamics were in their infancy; this high speed, fast-climbing fighter proved too tricky to fly for the average pilot. Despite being built in small numbers, some survived remained in training units up until 1929. Some of the full-sized flying characteristics were not too good however, it spun out of turns, was unstable in a dive and once inverted, preferred to remain there!

However, the Avia is an attractive scale subject with good proportions, except for the rudder area - but the deep rear fuselage makes up for this shortfall. The construction is straightforward and only requires care and accuracy, not years of experience. The prototype model has been flying and crashing for 15 years and will not die, despite my efforts! Any 0.5 cc to 0.8 cc diesel engine will suit this model, using a 7x4 or 8x4 propeller. The prototype has gobbled up two DC Merlin engines and is currently on its third. Only two-thirds power is required for sedate flight.

Although designed as a free flight model, with the micro R/C equipment available now, it should be quite an easy job to fit 3-channel gear and power it with either IC or electric Speed 400.

Construction. Study the plans till you know them inside out, as a good deal of information has been placed on there for your benefit, not for show. Take your time and build carefully, do not allow any stress to be built in - do not force joints, but trim each to suit, this will minimise warps.

Wings, The wings are simple, all that is different is the strange taper. Note that the deepest rib section is at R5, the strut rib position. The section then tapers away towards the root and tip from there. Cut out all the ribs and number them, to save confusion later. Note that the leading edge is cut from 3/16 sheet and that the aileron spars are cut from 1/8 sheet. Choose firm, 1/8 square balsa wing spars and hard balsa for the trailing edge. Pin down the leading and trailing edges, the aileron spars and the two bottom wing spars..." 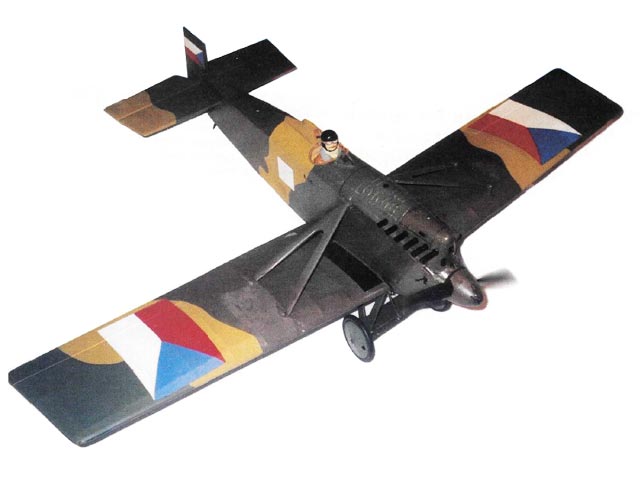