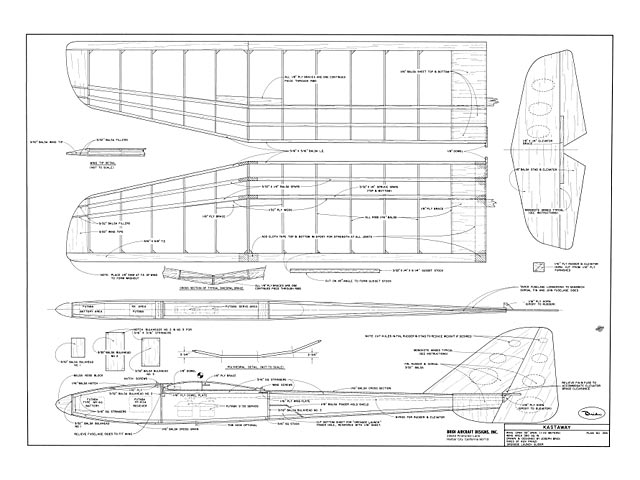 Quote: "Kastaway is one of three Bridi Hand Launch glider designs of the same basic design. Flipper (oz4994) and Tercel (oz6831) are already on Outerzone and I am proud to be able to complete the trio. Kastaway is the largest of the gliders at 1.5 meter span (59 in). Flipper is 50 in and Tercel is 51 in, take a look at the plans of all three and you will see the similarities. Maybe I should say the changes in scale, I can't see any difference in them. I am including a scan of the wing ribs made from my own templates. The kit ribs had inconsistencies so typical of die cut ribs. I hope you enjoy this model, I'll post pics when mine is completed.

I built Kastaway to enter into a local competition with the SLNT, Soaring League of North Texas. They have a fun fly type contest each month with simple rules. Model cannot exceed 1.5 meter (59") and Kastaway is just the right size. Two to four flyers launch at the same time using identical high starts. The high starts are made using 25 feet of yellow Theraband tubing, a simple parachute (I plan to use a pennant on my practice high start) and enough towline to make the whole thing measure 50 meters (164'). If there are four flyers then first man down gets one point, second two points, third gets three and the last man down gets four points. Anybody who stays in the air for five minutes also gets four points. Rounds are flown until everyone has flown against everyone else. High points wins and gets the cash. Yes, these guys play for money, each contributes $4, the club gets $1 and the rest is divided between the top three finishers. SLNT calls this game the 'Man on Man Scramble'. It's a fast moving game, usually done in about an hour and a really fun get together for the club. Wish me luck, these guys are pretty good at it.

Best wishes and thanks so much for making Outerzone such a success. John"

Update 21/10/2018: Replaced the ribs file with a clearer line drawing, thanks to SteveBailey. 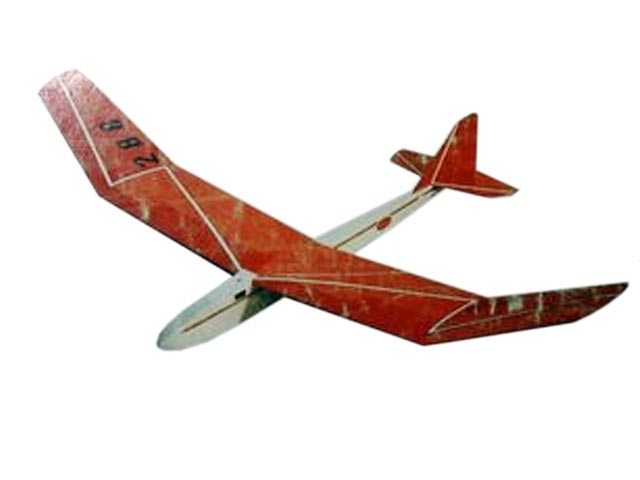