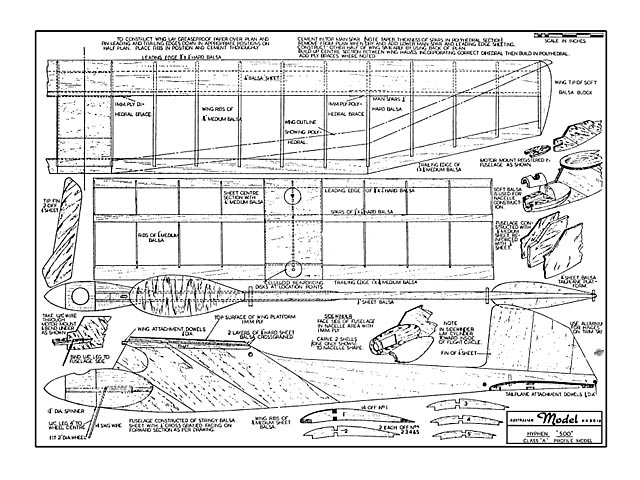 Quote: "A famous local design. Bill Evans was a famous designer in Adelaide after the war and in the early 1950s. He produced a magazine 'Australian Model Hobbies', ran a model shop, produced numerous kits under the 'Aristocrat' name and produced model engines in competition with Gordon Burford.

As we have said, in 1950, Gordon decided to produce a 2.5 cc diesel - the Sabre 250. At that time Bill was the distributor of Gordon's engines so he set about designing a model for this new power unit that he would introduce as one of his kits. The model was the 'Hyphen 500', a free-flight contest model for engines up to 3.5cc - the 500 refers to the 500 square inches wing area. The Australian rules demanded that the model weighed eight ounces per cubic centimetre of capacity, thus the model would weigh 20 ounces with a 2.5 cc engine and therefore needed to be a reasonable size.

I found the fuselage construction of 'Hyphen 500' very interesting. It was 1/2 in balsa sheet with 1/8 in sheet reinforcement under the wing. This made for rapid building and the model was popular over here. I used this construction on my 'Scramble' designs for the Mills .75 and it proved very rugged. This design may interest the free flight fraternity but is less likely to inspire our 'wireless' readers - its profile fuselage makes it rather difficult to fit R/C!" 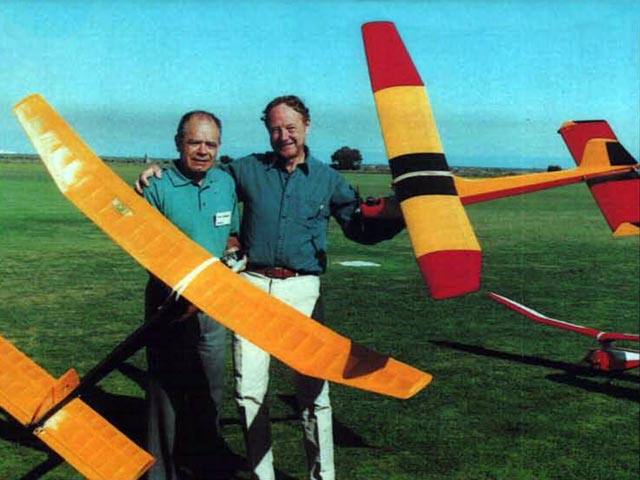