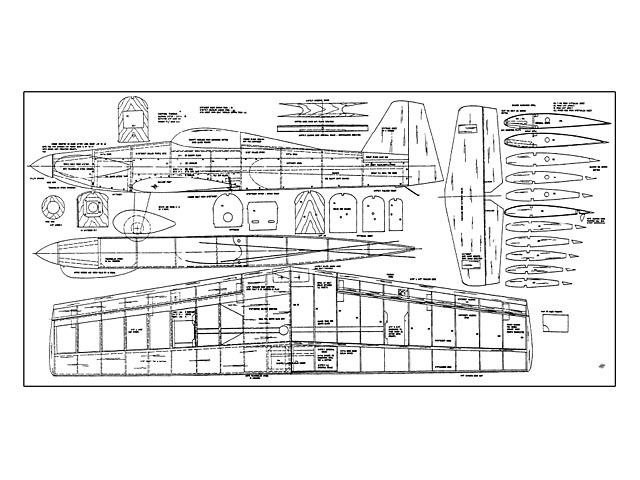 One of my main areas of interest in full size aviation is racing aircraft. Unfortunately, when it comes to modelling them to fly aerobatics, they do tend to be rather short of wing area or, if you get the wing area big enough, they have fuselages with massive cross sections. Because of this, I have started to design some sports models that are strongly influenced by a particular aircraft.

Some of the most famous post-WW2 racing aircraft are those of the Cosmic Wind series built in the late 1940s. Add to this the fact that Cosmic Wind 'Ballerina' was flown in aerobatic competitions by the late Neil Williams and it becomes a natural subject for the treatment.

My model is not scale, it is slimmer. The moment arms are different, the wing plan form is wider at the tips (less taper) and it uses commercial undercarriage parts, but I think that it does catch the character of the full size.

The plus side of these changes is a model that is easier to build (the true-scale version would need a planked fuselage), it will be lighter and it will have flying characteristics that are more forgiving and probably more aerobatic than a true scale model.

The model. Several commercially available parts simplifiy construction and a list of these, with addresses is given at the end of the article. The engine installation is designed to take either a .40 to .46 two stroke or .52 four stroke without modification. This is achieved by using a Radio Active long mount. When using a four stroke, it is bolted directly to F-1. When using a two-stroke engine, the mount is fitted to F-1 with anti-vibration rubber mounts and the bearer beams are cut back to suit the engine. In this way, you can even change back and forth between the types of engine. The rubber mounts make the model much quieter. I used a Super Custom .46.

Because I wanted to fit the engine in line with the apple cheek cowls, I needed to extend the silencer to clear the fuselage. I did this with a Just Engines silencer extension. You could angle the engine but that would not look as smart or you could make a trough in the fuselage side which is quite a bit harder to do.

The undercarriage is a carbon fibre unit. This is screwed into the wing, a slightly unusual system, but it works perfectly well. The spats work extremely well and do not make the model tip over, so don't be afraid to use them. Likewise, the apple cheeks take a little bit of careful fitting, but add so much to the realism of the model that they really must be used.

Because the model is not scale, you can personalise it with your own colour scheme. The stickers are available from Sigma Signs and you could change the registration and racing number if you wanted to.

Construction. The build of the fuselage is pretty conventional, so I shall just run through the sequence without too much detail except where needed.

Cut out the fuselage sides, doublers and treblers. Glue these together using impact adhesive, - I find Thixofix is the best. When gluing on the 1/8 in sheet treblers, mark the location exactly and mask outside this area before applying the adhesive..." 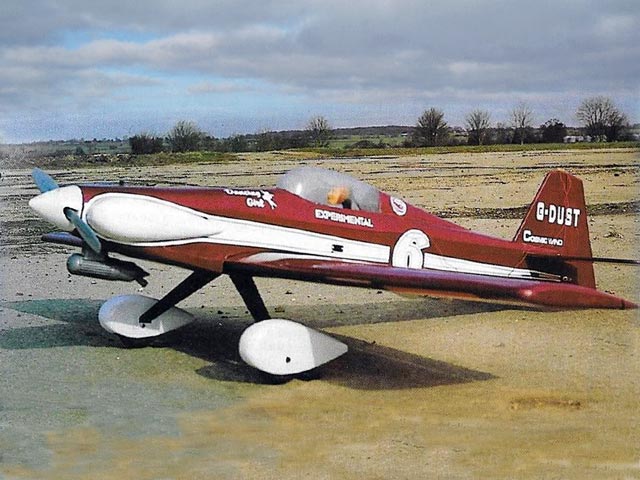