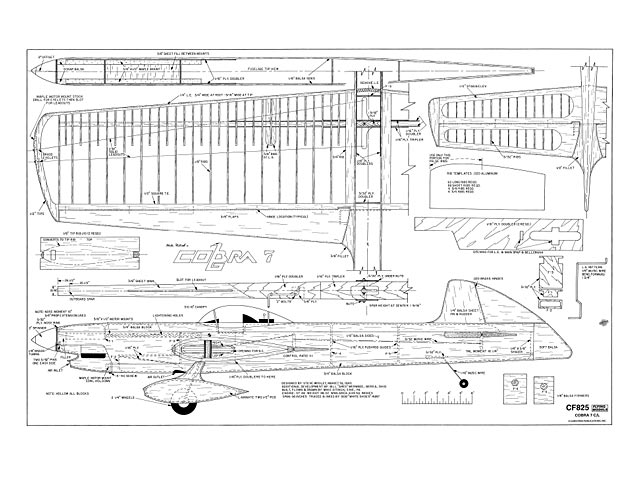 After five years of desperately searching for an airplane to really suit my needs, I finally settled on the Cobra (oz6635) for the 1976 season. Actually it was my wife's idea five years prior when I was still in the Army. She sent me a picture of a Cobra she found someplace and wrote 'nice...!' at the bottom. She must have known something then. I finally took her advice.

This present Cobra is the seventh in a series that was a second generation design of the Argus (oz4885). The Argus was originally built in 1959 and flown in 1960 by Steve Wooley. Argus is so close to Bill Werwage's Ares (oz4884) that you can hardly tell them apart when looking at the plans. Cobra, about eighty square inches larger than the Argus, is also a Wooley design. All I did was improve a little on the original Cobra with Bill's help and bring it up to the present day's demanding standards. I'm not a 'scientific' builder and not concerned with a lot of percentages. Therefore I use what seems to look good or simply 'borrow' from other guys. I use no tapered trailing edges or differential flap control. The Cobra now is a very close cousin to Bill's Juno.

My first two Cobras had O.S. Max. 35's pulling them around. At 45 and 46 ounces they flew better than anything I had to date. By stretching the moments out to a 10-inch nose and a 16-inch tail and leaving every-thing else alone they balanced perfectly, were very steerable but not overly sensitive. All they needed was more power.

Cobra has evolved over the years to this seventh version, the best one to date. At 48 ounces it is a pleasure to fly. It will 'groove' throughout the pattern but isn't so locked in that you have to fight it. You can easily put it anywhere you want to. Cobra will fly and turn with anything going today. It will turn too sharp if you get over excited with the handle. I had to learn to ease up a bit. Because of Steve Wooley's untimely death Cobra didn't get a lot of exposure and I believe it's a much better design than most folks realize.

Get out the tools. Its not too hard to make a case that your work bench is probably the most unrecognized but important tool you use. My own work bench is an inside flush door purchased at a building supply store. On top of the table is 1/4 inch thick plate glass. The door and glass are shimmed and leveled to an abso-lutely true building surface.

Start by cutting out the fuselage sides according to the plans and draw a center line down the entire side length of the fuselage. Make sure the line passes through the center of the wing position.

Cut the openings a little oversize for the spar or I-beam, leading edge, trailing edge, and bellcrank. By making these cut-outs very slightly oversize we have the freedom to jig everything on their respective centerlines without building in stress or misaligning something else. Remember you have a right and left fuselage side.

Make the 1/16 ply doubler match the fuse-lage sides perfectly and laminate them in place to each side using some thick cyano. A little hint. Sand all the surfaces very smooth that are to be glued and you get a better bond with this stuff. Also, using a small pointed object such as a center punch, put a lot of little dents on the surfaces to be glued. This also gives the glue better gripping power.

The lightening holes in the motor mounts are optional, but I strongly suggest using them. Notch the mounts in the tank area as shown on the side view of the plans so the fuel tank can be shimmed up if needed..." 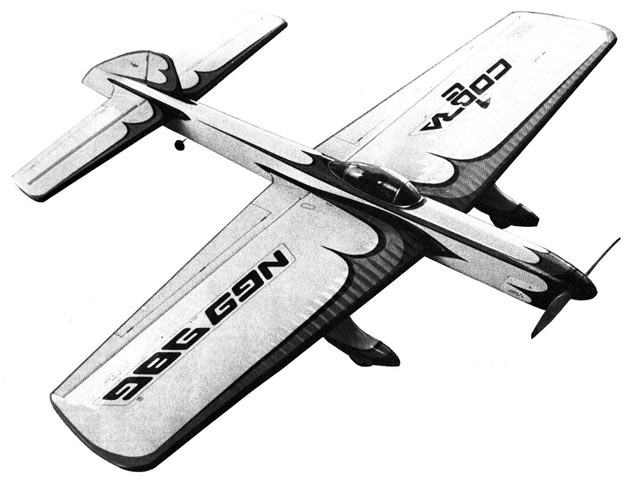