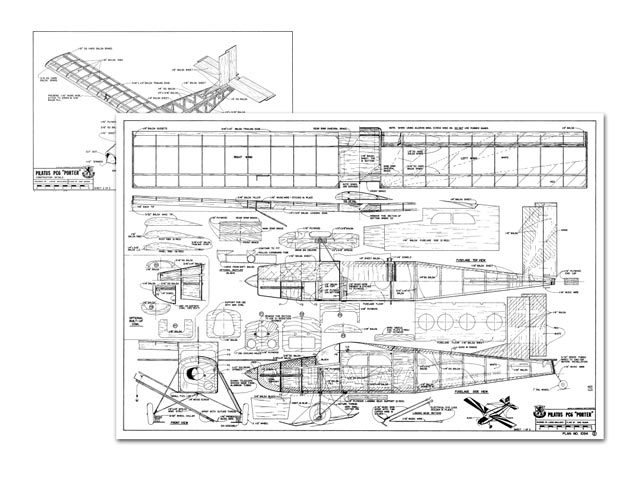 The sport-scale model of the Pilatus Porter takes me back 25 years to the time when I was just starting to fly R/C. At that time, I had to build the radio myself. It was a most primitive effort. The transmitter had an on/off switch and one pushbutton. When the button was pressed, a radio signal was sent. The receiver would pick it up and turn on a relay or small electric motor. The motor had a strong thread wrapped around the shaft, which was attached to a horn on one side of the rudder. On the other side of the rudder was a horn with a rubber band tied to it and attached to the fuselage.

When a radio transmission was received, the motor would wind up the thread on its shaft and pull the rudder to the left. With no signal present, the rubber band would pull the rudder to the right. So, with no signal, the model would climb gently to the right. Holding the button down would turn the model into a left-hand descending spiral. To fly 'sort of' straight, required a steady stream of pulses. As I said before, it was crude but I had a lot of fun.

After I had learned to fly a simple high wing model, I wanted to build a scale model since I was flying U-Control scale at the time. I was corresponding with a modeler in Poland, who was regularly sending me their magazine called Modelarz. In one of the issues there was a 3-view of the Pilatus Porter. Right away I liked what I saw, especially the attractive color scheme. This particular paint scheme was used on an aircraft which flew into the Himalayas in hopes of catching or photographing a Yeti - the Abominable Snowman.

From the magazine layout I made drawings and built the model a short time later. That model was about the same size as the one presented here. It was powered with a 1 cc engine. I had a lot of flights with it, until the day when, after hand launching, I realized that the switch on the plane was left in the 'off' position. The model climbed in right-hand circles, beautifully, never to be seen again.

Some years later I was looking for a suitable model for my 05 Leisure electric motor. Despite having a large selection of 3-views from around the world, I chose the Pilatus without hesitation. After I drew the plan (trying to keep it simple), the model was built in no time using cyanoacrylate glue. It took longer to decorate the model than to build it. It was worth it; the model looks great in the air.

The flying characteristics were as I expected - gentle and well-mannered, with rudder, elevator, and speed controller. If desired, you can have full span ailerons, using the outline indicated on the plan. For sport scale purposes, the outline is accurate, with the reduction being 1:11.25. The model can be powered with 035 geared to 05 straight electric motors or by gas engines from .051 to .09.

Construction. Wing: When building the model try to use light balsa everywhere except for the wing spars. Build light yet strong. Now, cover the plans with clear plastic and start by building the wings in two halves, to be joined on the centerline later. 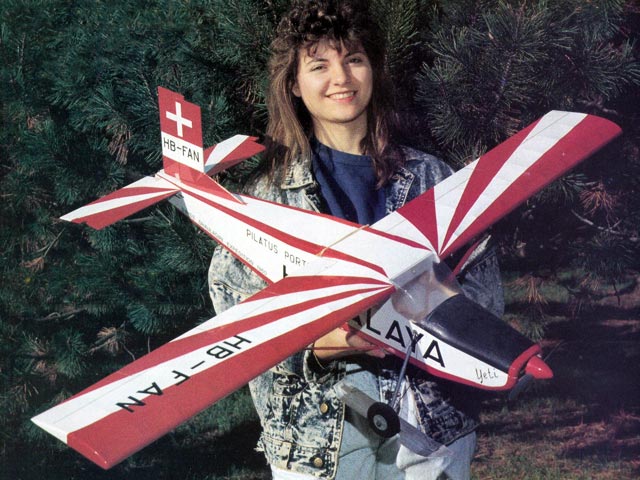 Nice model. One mistake though, the real aircraft is red and yellow, not red and white. Numerous pictures can be found of the aircraft before and after the crash.
I have the Easy Built kit. The plans are not as nice as the RCM plans.
David Gain - 26/04/2019
Add a comment