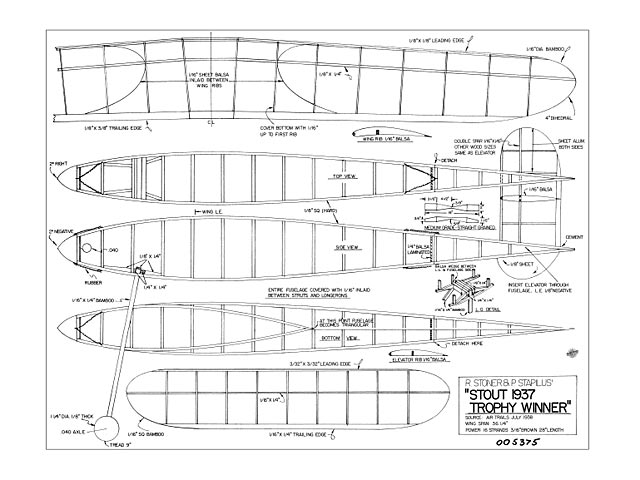 Complete plans for reproducing the model that won the Stoat outdoor event with a flight of 12:52.2 - the 25th Air Trails championship model.

Careful refinement of every part has resulted in a reliable and dependable contest model. The 12:52.2 flight last July in Detroit proved the value of design changes which Stoner and Stapilus have been making in this model ever since its origin back in 1935.

Originally, the model had a straight wing, symmetrical stabilizer, and a motor stick. The changes they've made are obvious from the drawings and photos. But even further changes have been made since the model's winning flight last Year. Photo of the most recent Stoner-Stapilus model is included with the views of the winning model itself.

The plans and instructions describe the model flown by Stoner last July in Detroit.

Fuselage: The fuselage drawing is drawn to scale, the 1 in divisions are indicated around the outside margin. Dimensions not indicated can be scaled of the drawing. 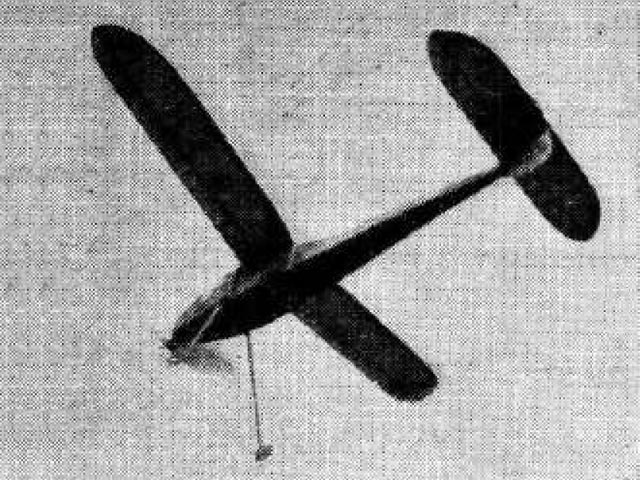