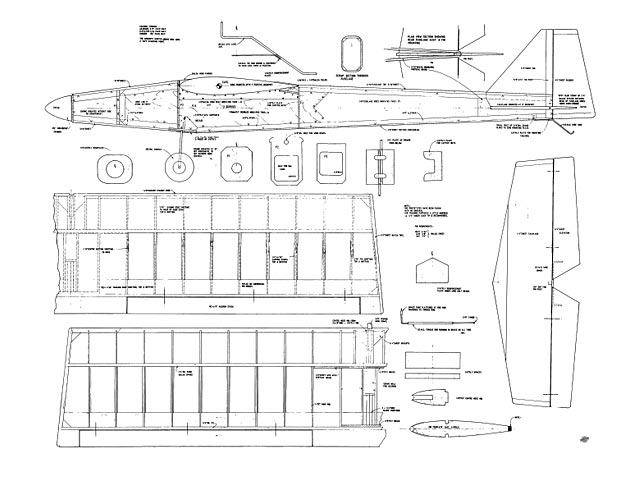 Quote: "On a winter's evening, way back in 1983, I was looking through some back issues of Model Airplane News (an American magazine) when I came across a little design called King Foo. This was a shoulder wing model, powered by a Fox 15 and weighed in at 29 oz - yes, 1lb 13oz! The designer thought that it was ugly but I rather liked the angular looks and the ultra simple construction, My 'straight line' period was born and the first design to come out of it was the Quick Flash. This was a little fun machine powered by an Irvine 25 and was put into kit form by Ben Buckle Kits. Unfortunately this project experienced copyright problems posed by a British kit manufacturer, although I never quite understood what for.

Development of the design continued, however, and the next version was built in 1985. This was a 48 in span machine powered by the (then) recently introduced OS 40FP and was called the Rival. I was quite pleased with this model, but the early 40FP engines did not seem to produce the power claimed by OS, so I replaced it with an HP40 Gold Cup, This produced a nicely balanced airplane with a sprightly performance. It was my intention at the time to build a slightly larger version of the Rival to accept the more powerful 40-46 engines that are so popular. It's a bit later than anticipated, but here it is!

My aims for the design have been to provide a machine that has some of the 'feel' of a low wing aerobat, whilst still retaining the practical qualities of the shoulder wing configuration. The version shown on the plan would be competitive in the newly introduced Sportsman class of aerobatic competition and yet, with a little dihedral added, will make an excellent trainer or general purpose model. I have used the traditional style of construction and the 'straight line' nature of the design makes building from a plan very easy indeed. There are no tricky bits whatsoever,
so even the novice craftsman should be able to turn out something of which he can feel proud. I like to use a built up wing on this type of model..." 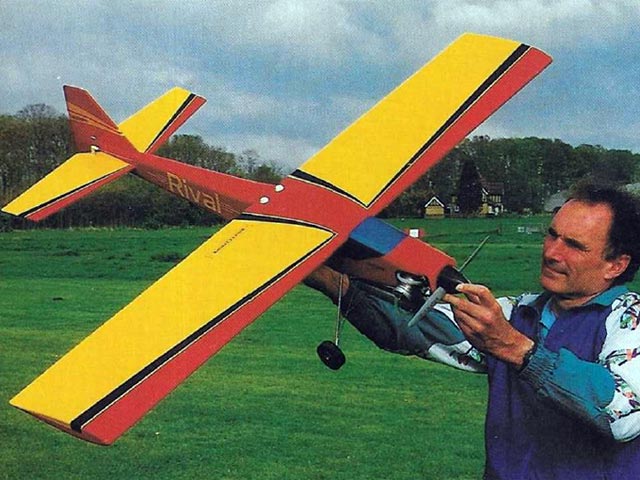