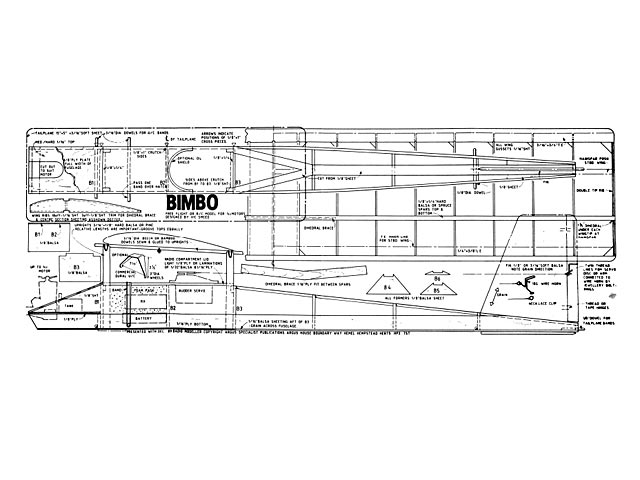 Years ago most people learning to fly radio started off with rudder-only control and became proficient in such matters as attitude recognition, control application/ heading and other such aspects before moving on to rudder/throttle or rudder/ elevator, working their was towards full control. Often the first models were converted free-flight designs and control was a matter of interfering with the flight, letting things go for the model's inherent stability to restore it to normal flight if things went wrong. The main snag with this approach is that inherently stable models can lock into a spiral dive; opposite rudder will straighten the dive but the result is usually a zoom followed by a stall.

Despite cavortings of this nature, rudder-only is still a useful first stage for modellers who do not have the opportunity of training in a club scheme. A powered glider of relatively light wing-loading is undoubtedly best, since its flight will be slow and its reactions thus give more time for recognition and correction; very small power models tend to fly fast and flick at the slightest touch of control.

However, a lot of modellers trying radio for the first time run into trouble before they get to the flying field, in trying to instal the radio equipment in an efficient manner. Those neatly tucked-in compact installations in slimline fuselages look superb, but they are simply not as easy as they look, and to a beginner connecting up a pushrod to provide free and frictionless movement is not quite as straightforward as it may seem when space is limited or the servo is sited two or three inches below the access hatch.

General advice for a trainer model is to build reasonably large and have plenty of power. However, this is not always convenient or attractive - a great many power modellers prefer a small diesel in a moderate-size model, for reasons of familiarity, flying space and overall economy. Small models can produce cramped installations as well as comparitively high airspeeds; the challenge is therefore to produce an economical model using a smallish diesel, say 1 cc, with good radio accessability and modest flying speed which is also sufficiently well-behaved to allow flying hand-off for long periods and even to recover from many awkward positions if left to settle.

A logical apoproach wiuld seen to be to have what is in effect a shallow box to cotaoin the radio, with ebngine, wing and tail assembly attaches. An external linkage for the rudder would avoid many problems..." 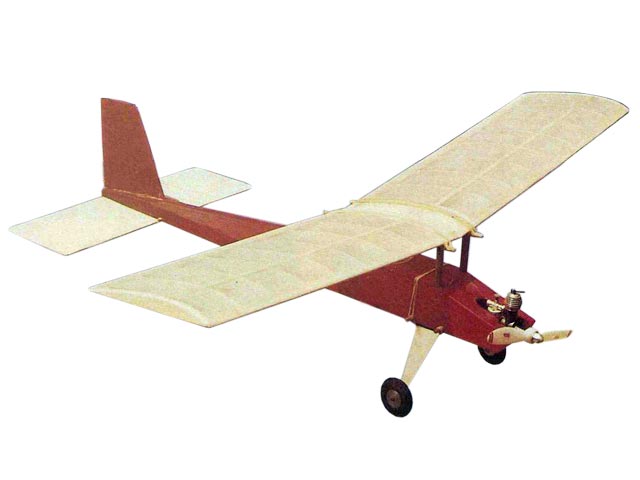