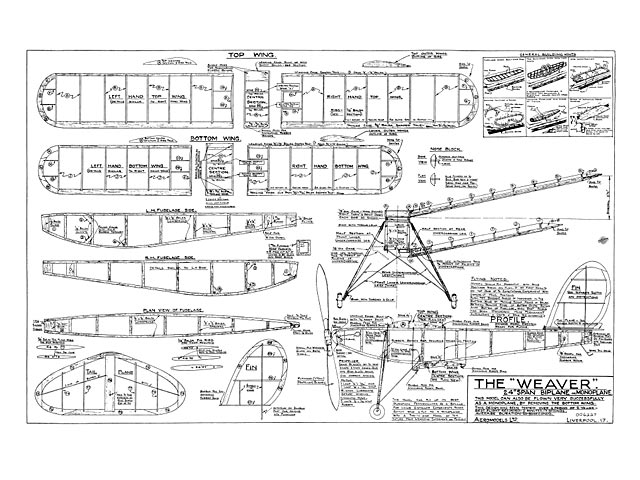 Quote: "The Weaver. 24 inch span biplane or monoplane. This model can also be flown successfully as a monoplane, by removing the bottom wing. This design has been tested over a period of 2 years. Best recorded: 2 minutes 17 seconds. Average duration: 50 - 90 seconds."

Quote: "I'm sending you this picture of what I believe to be the Aeromodels 'Weaver'. The picture comes from an Aeromodels catalogue of mostly scale models, dating from around 1940. All the details given in the catalogue text are exactly the same as those quoted on the Outerzone plan of the 'Weaver' (best flight time, span), both have a removable lower wing and look identical, although for some reason the name of the model is not consistent.

My guess is that the design was originally named after the company's address, which the catalogue gives as 48, Lark Lane, Liverpool (hence: Aero Lark?) - though why it should later have been changed to 'Weaver' is a mystery. Regards SBurling" 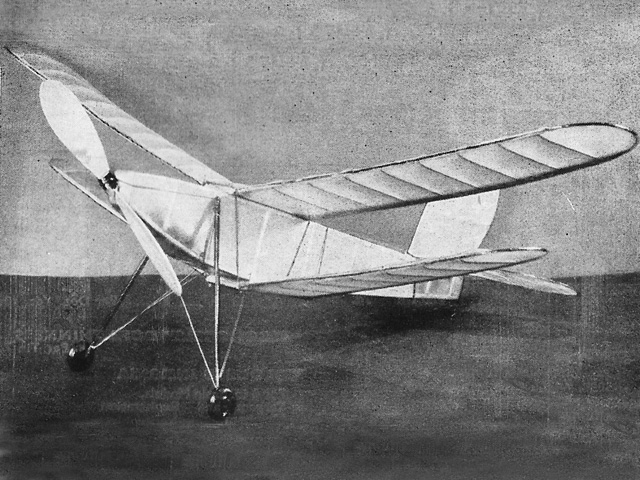