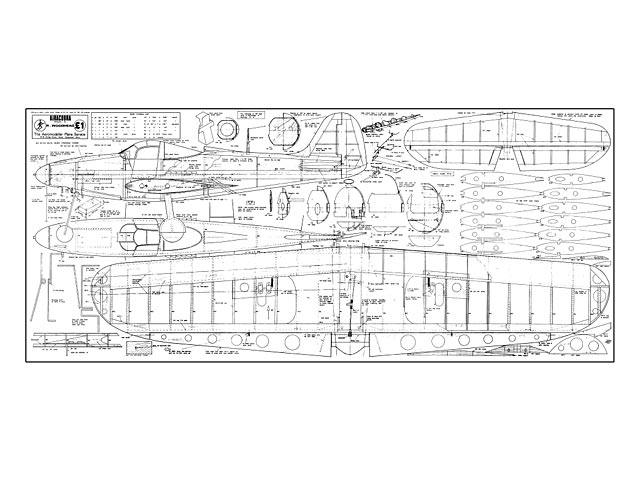 Quote: "A 60 inch span semi-scale control line stunter featuring a detachable wing, for use with 0.35 - 0.40 cu in motors. Airacobra, designed by Robin Woodhead.

HAVING BEEN an aeromodeller for many years, I have always held the belief that models should at least look something like the real thing, but when you study most stunt models, what do you see? A wing out of proportion to the fuselage and a model that bears little resemblance to an aeroplane. Possibly this is a direct result of the exclusion of design, detail and finish points from the FAT schedule, but whatever the reason, this should not be an excuse for not trying to design and build better models.

Deciding which aircraft would be most suitable as a basis for a stunter was not easy, as it had to fit several requirements ie: low wing, monoplane, single engine and most important of all, it had to be one that nobody else had done! Eventually the choice lay between the Martin Baker MB5 and the Bell Airacobra: I chose the Airacobra because it has a slightly longer nose movement.

The removable wing was decided upon as the resulting model was just too big to fit in my car in one piece! This posed a new problem: how to make a quick, simple linkage between bellcrank and elevator? I personally don't think the method I evolved can be bettered as it is simple, cheap, positive: free moving and easy to assemble on the flying field. There are two other benefits with this set up, namely that it is simple to adjust the ratio of movement between the flaps and elevator, and secondly trim between flaps and elevator is possible by fitting an adjustable link to the flap horn. The only disadvantage seems to be a slight increase in weight.

For those of you who have not used nylon engine mounts, I can strongly recommend that you give them a try. They are quite expensive but their convenience far outweighs they cost; for example it's far easier to replace an engine mount than strip the model to replace broken bearers, while it is also far handier having a common system of mounting engines- which allows switching of engines between models, instead of peppering the engine bearers full of holes!

In building models, I have used a number of techniques, but have found the easiest is to use a jig. This does not have to be very complex, in fact the simpler the better (see sketches on plan). I also cut out as many pieces of the model as possible before starting to build as this saves a lot of time later. 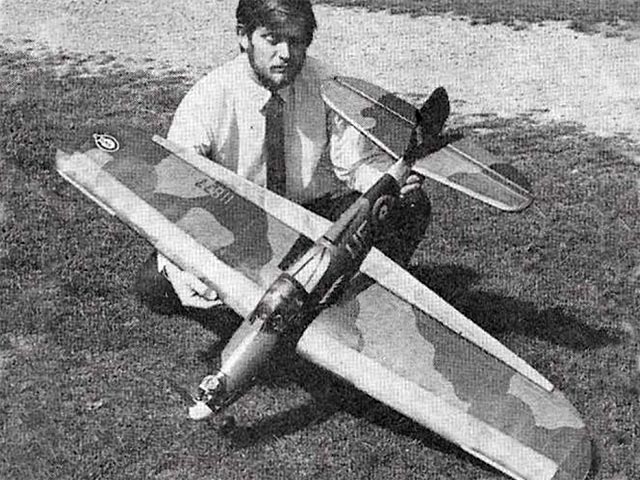