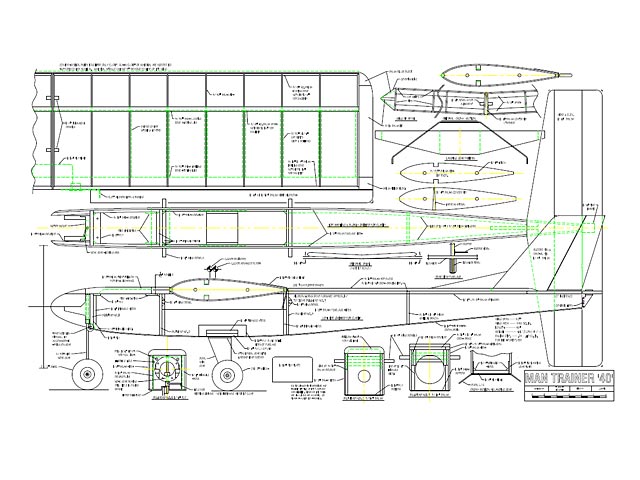 Quote: "The old cliche states what this country needs is a good 5c cigar - when what is really needed is a good R/C trainer! To fill this void, MAN commissioned an outstanding Pattern man to design one. MAN Trainer 40 by Jersey Jim Martin.

Why I designed a trainer. It all started back in January, 1975, when I left the East Coast to go to work for Tower Hobbies. One of my responsibilities in my new job was to serve as a personal consultant to the 25,000 plus Tower Hobbies customers. I had no idea what that meant at the time I took the job.

But I soon learned! Modelers of all walks of life, all levels of achievement and all areas of interest began calling me with their problems, questions and ideas. Many times I felt that I were the novice, as many questions and problems related to areas in which I had little if no practical experience, Sometimes I found it downright frustrating.

One of the major areas in which I was continually bombarded with questions was in the area of trainers. There seems to be a tremendous influx of new modelers into the hobby every day, and with that influx comes the constant question of - What's the best trainer? (I could retire comfortably if I had a dollar for every time I've been asked that question in the last eight months.)

Becoming acutely aware of the importance of trainers in our hobby, I enrolled in a crash course on the subject. I studied the plans and directions of several of the more popular trainers. I looked for the good and had features of their designs. In fact, I even built and flew some of the better selling trainers on the market. All in search of the 'perfect' trainer.

Every trainer that I examined had many good design points, but, unfortunately, each had its flaws, And so, I decided to answer the question not with words, but rather with a design. I decided to design the 'perfect' trainer. What follows is my rendition of that favorite old tune.

Flight characteristics should be extremely stable, yet maneuverable. The aircraft itself should he lightweight, yet should possess good penetration characteristics in a moderate wind. The construction must be simple and quite rugged, yet it should have some resemblance to an airplane. The perfect trainer should be docile and forgiving, yet it should not fly itself.

The problem boiled down to choosing the right airfoil, tail moment, wing loading, etc, to fulfill as many desirable qualities as possible, without creating any unfavorable tendencies or characteristics. It was time to sit down at the drawing board...

My first consideration was in resolving that never ending dispute over the high wing vs low wing controversy. Each configuration has its advantages and, unfortunately, its limitations. (I bypassed that consideration on my mid-wing Banshee design, but that's another story.) After weighing the pros and cons over in my mind, I convinced myself that the perfect trainer in the true sense of the word should be a high wing, Period.

As far as an airfoil for this high wing trainer, I chose a fairly thick, fully symmetrical design. The fully symmetrical cross section allows good penetration in moderate wind conditions, while the thick section gives the aircraft the ability to land at moderate speed. The combination produces a maneuverable aircraft with gentle stall characteristics and eliminates most of the bad tendencies of snap rolls in landings as well as other erratic movements.

My combinations of wing area, stab area, airfoil, tail moment and dihedral comple-ment one another and form a plane that maximizes stability. And this isn't achieved at the sacrifice of other important characteristics. 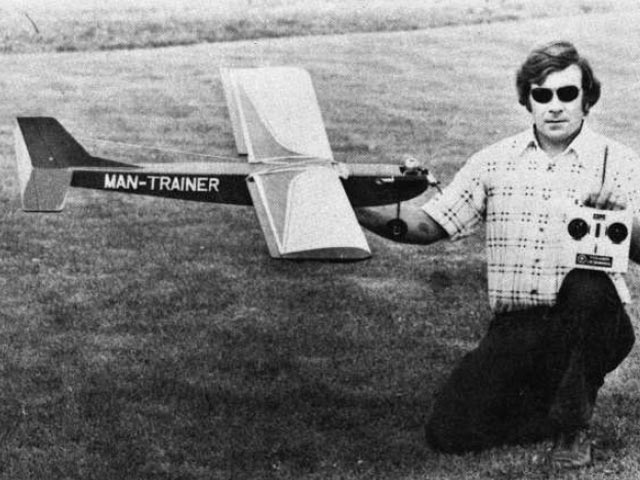