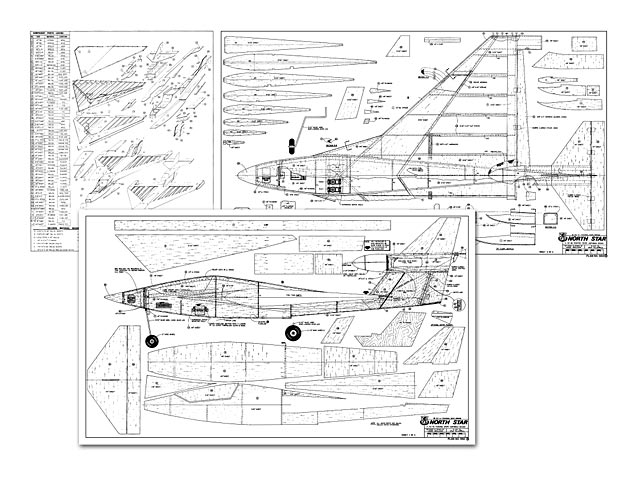 A few years ago, I was exposed to float planes at the local 'float fly.' I was hooked. I thought that this was the greatest thing for R/C flying; especially since the whole family can spend a pleasant day beside the water. Watching the models taking off, and landing, and flying in general, I knew right away what kind of model I wanted to have. Since I have been flying delta winged models for years, I knew how well they performed. It was just natural for me to think of making a delta to fly off the water as well.

To achieve this goal proved to be a long educational process. I was on my own with the design that I had in mind. I couldn't find any reference material for this type of craft. The first priority was to have the engine above the wing so that water spray couldn't get into the propeller. The Force One (oz6051) design was modified with the engine placed on a pylon above and behind the CG. The model would not take off at all, because the thrust line of the engine was so high that it pushed the nose of the model down. No amount of up elevator could overcome it.

After I destroyed the model trying to fly it, I built a modified version. A long program of crash damage and modification ensued. Finally, the model took off, but before I had a chance to find out anything about its flight characteristics, the engine quit and the model fell down like a pancake onto its three wheels, destroying itself. I almost gave up.

Some months later, I started making new sketches, incorporating changes which I thought would be beneficial to the new model. I abandoned the pure delta wing configuration in favor of a delta winged model with a conventional tail. I enlarged the wingspan and area. Finally, I came up with the shape and configuration that I was satisfied with. I made up working drawings and a week before our Spring Float Fly I had a model ready to test fly.

After so many failures, I was very nervous as I taxied out (with shaky knees and a lump in my throat) in front of all of my friends. The moment that I gave it full power, I relaxed. The model was picking up speed rapidly, with water spraying away from the wing tip floats. In no time it was skimming the surface of the lake and only a little up elevator was needed to get airborne.

Once in the air, I knew that I had my dream ship. The applause of my fellow modelers, together with the superb flying characteristics of the model, was the best reward for the time spent developing this model.

Looking back, I probably could have avoided some unnecessary steps in coming up with the final version if I had spent more time on research and less on cutting wood. In the end, though, I enjoyed the whole experience. Since that time, I find that I fly this model more than any other that I have. I never get tired of it. A number of other modelers in southern Ontario are now building and flying North Stars.

The reason that I am writing a little extra about the beginnings of the North Star is to caution the builder of this model to stick to the plan. If you think that changes here or there might enhance the appearance or flight characteristics, I urge you not to do it. In my development program, I found that each small change may have a drastic unwanted effect on the character of the model. I am not saying that nothing can be improved; far from it. Just have one 'stock' model on hand first, against which you can compare those improvements.

The model, as shown, is an excellent flier in any weather conditions, and it flies equally well on land, snow or on the water. It is stable, maneuverable, and easy to handle. It flies well at high speed; yet can be flown very, very slowly without loss of control. In all, an excellent sport plane, with some unique versatility, and appearance. Now, to the building of the North Star.

Construction. The North Star was designed to be as simple as possible. The drawing has all of the parts numbered for easy reference. The materials used are balsa, plywood, spruce and some fiberglass. No jigs are required to build the wings or fuselage. No great experience in scratch-building is needed. Just read the instructions, and refer to the exploded view drawing if in difficulty. Do not use water soluble glue. You should be able to find all of the parts on the plan by checking their numbers.

Note the North Star is a classic design that has in turn spawned quite a few more, most famously the very popular Polaris foamie by Steve Shumate - see https://www.rcgroups.com/forums/showthread.php?922465-Polaris-Seaplane-Parkflyer for more details. 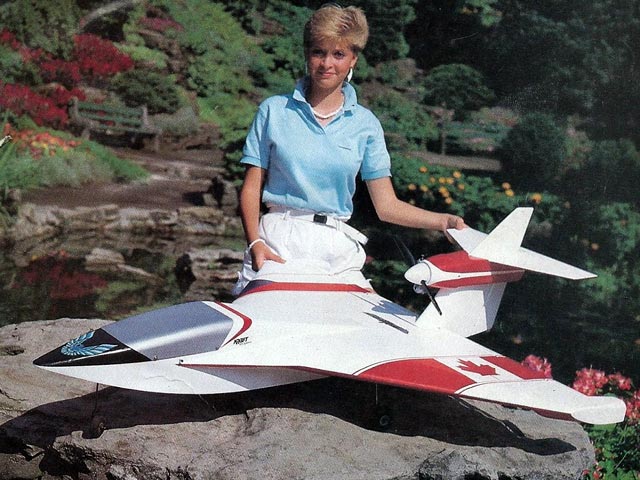 Sorry for any confusion here. My mistake. Due to a duplicate listing, this new plan (the North Star) has now replaced the previous entry in this slot. For the previous plan (the Garcia Rubber Coupe), see the older listing at Garcia Coupe (oz10031), which was the same thing but listed under a different title and reference number. Many thanks to alcalaino for spotting this.
SteveWMD - 09/08/2018
I need a North Star plane urgently.
noah - 27/12/2021
Add a comment