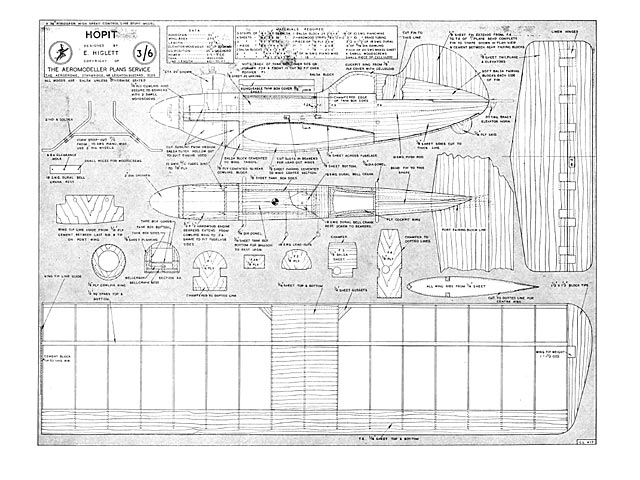 Quote: "Few British modellers would deny that the feverish enthusiasm for stunt control line which was so evident over 1949/50, is now on the wane, and settled to the band of more discriminating stunt men who prefer to operate machines with a difference and quality of performance.

This stage in model development appears to have arisen throughout the model clubs of the Empire, and has produced many a good looking stunt design from the remaining pure stunt enthusiasts. Such a modeller is Eric Higlett of Eastleigh, for though we make no effort to claim his latest design, Hopit as a good looker, we can present it as a new looker with plenty of zip in its 85 mph flight pattern.

The opalescent silvery blue prototype first caught our eye at the Southern Counties Rally, Thorney Island last year. Its pert highly polished fuselage has a curvatious underside which one might well term 'loop happy', and the Eta 29 mounted up front, promises a highly potent performance.

Since that late season date, Stunt events have taken a holiday from the Contest calendar, and Hopit has not yet had its chance to prove its Jack-rabbit manoeuvres against the rest of the field. No doubt 1951 will see the remedy, for if any of the new high speed stunters have a winning chance at '51 events, Hopit will be high on the list among them..."

Added CAD file and vector tracing, thanks to hogal. 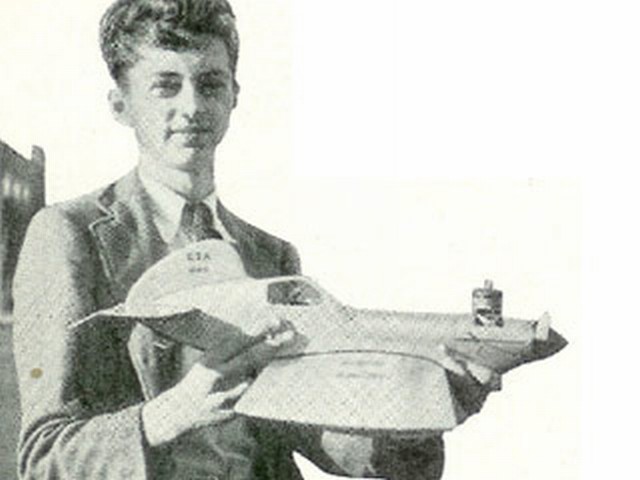