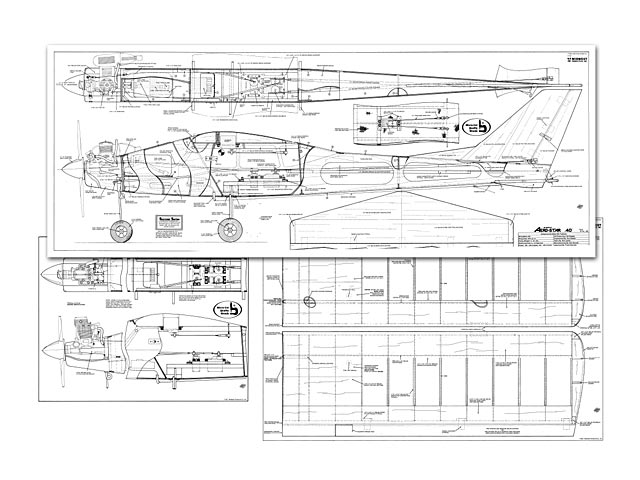 WHAT I LIKE MOST about the Midwest Aero-Star is that it is not only a good trainer, it is also really distinctive-looking. While its configuration and force arrangement must have come right out of a standard trainer-design specification, the rakish slope of the forward fuselage gives it a unique appearance. It also featums a flashy color scheme and simulated window decals. The overall impression is that it could be the latest Cessna high-wing commuter airplane.

Despite its modern appearance, we find the traditional cabin-style fuselage with the wing locates well above the thrust line. The fuselage dimensions are such that there is a long nose and tail moment which improves pitch stability. The horizontal stabilizer is mounted low where it benefits from being fight in the wing downwash. Both the horizontal and vertical tail surfaces are adequately large for stabilization and control authority. The large constant-chord wing uses a thick high-lift flat-botiom airfoil for good, slow flight characteristics and a moderate amount of dihedral for self-righting ability. It is apparent that the Aero Star was designed by someone who knows what factors make an airplane a good trainer.

The wing assembly consists of the time-honored rib-and-spar construction with leading edge sheeting, spar webbing and full capstrips. The structure is often referred to as a D-tube because a cross section of the wing looks like the letter D. The tail surfaces are simply built from balsa sheet parts. For the fuselage, Midwest chose the modem technique of using die-cut interlocking light plywood parts that go together in a jiffy and produce a very rigid box structure. The ease of construction is further enhanced by the excellent instruction manual of one hundred pages or so which includes hundreds of clear illustrations.

Midwest has approached the issue of using three or for channels by giving the builder the option. The instructions and the plans show wing construction either with or without ailerons and all of the required materials are included for aileron operation. However, both versions call for the same amount of dihedral - which is rather moderate - leading this reviewer to believe that the designer favors the use of ailerons.

It looks like Midwest has made a big investment in the Aero-Star trainer and by doing so has provided the R/C beginner with the best possible model to start with. The design is well thought out, the kit is well engineered, and the material quality and parts fit are excellent. The plans, instructions and..." 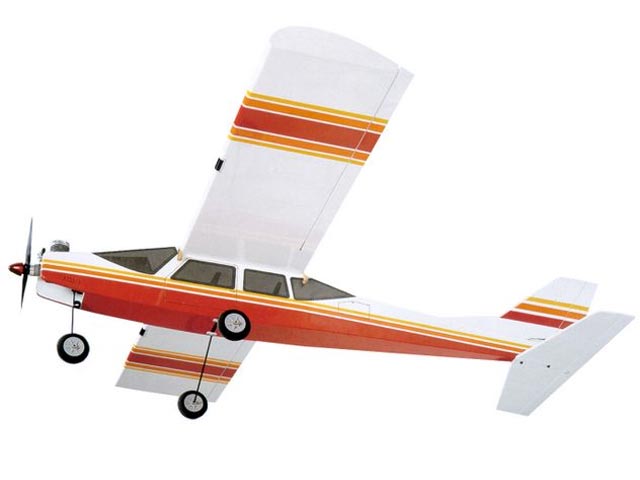