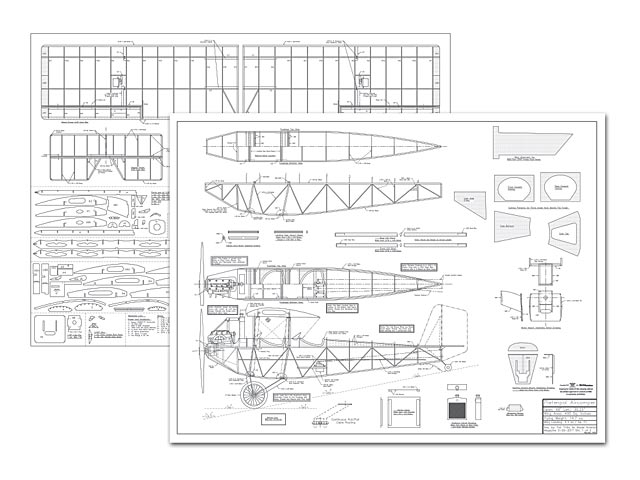 This plan is a free download available from the Model Aviation site at http://modelaviation.com/pietenpol-air-camper where it appears along with the full build text, materials list, and some great photos.

Quote: "The Pietenpol Air Camper is a two-seat, high-wing parasol homebuilt monoplane designed in 1932 by Bernard Pietenpol and was featured in a four-part series titled 1932-33 Flying and Glider Manual. The prototype was powered with an Ace four-cylinder, liquid-cooled engine, but the Ford Model A later became the engine of choice.

In the 1960s, a number of modern car engines were used. The best choice was the Chevrolet Corvair air-cooled flat-six. Since that time, a number of engines have been used in the Air Camper, including conventional Continental and Lycoming airplane engines.

The Air Camper is a relatively small airplane with a 29-foot wingspan. The airplane is built primarily from wood with a few metal fittings that need to be fabricated by the builder. In many cases, motorcycle wheels are used on the landing gear. With a top speed of 100 mph and a cruise speed of approximately 75 mph, the Air Camper is not fast, but after spending some time in one, flying low and slow in an open cockpit is an experience not soon to be forgotten.

The Model. The model was designed with a 48-inch wingspan at 1:7.25 scale and is a lightweight, electric-powered park flyer that is well suited for small fields and parks, and can be easily flown within the confines of a soccer field or a baseball diamond. With a wing loading of slightly more than 5 ounces per square foot, the model is a slow and docile flier, and although not particularly large, the Pietenpol is big enough to add plenty of scale detail without adding unnecessary weight that could rob it of its inherent gentle flying qualities.

The design is basically old school in that the fuselage and tail section are 'stick framed' much like old Comet kits. The egg-crate-style built-up wing has the ribs notched into vertical spars to make building it quick and easy.

To maintain scale rib spacing, false ribs are used between each of the full ribs to keep the weight in check. The model features plug-in wings and lift struts that can be quickly and easily removed for transport without needing tools or easily lost hardware.

Full-size parts patterns are provided on the plans for scratch builders. For those of us who prefer laser-cut parts, a wood pack is available from Manzano Laser Works.

With all of that stated, let’s build a Pietenpol..."

This plan is a free download from the Model Aviation site. 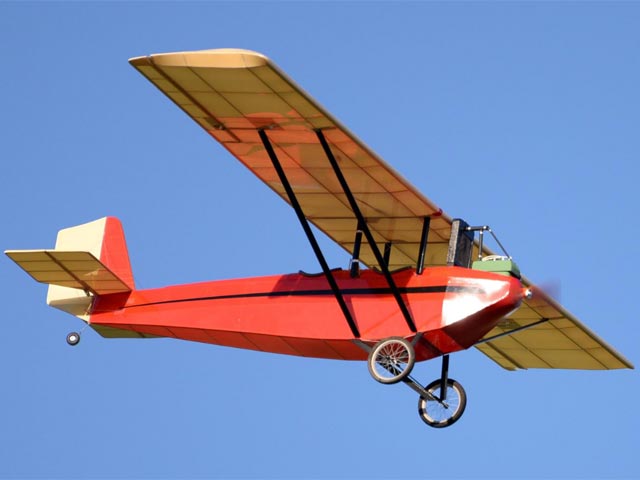