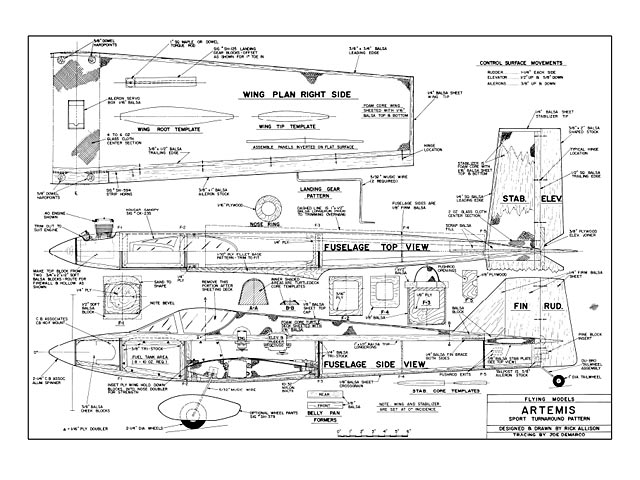 Artemis. Daughter of Zeus and Leto, sister of Apollo, goddess of the moon and of the hunt, mistress of wild beasts, slayer of Orion, and an archer of no mean accomplishment. Also, alas, a professional virgin... a fact which probably accounts for her relative obscurity. No love interest you see, so not much of a story. Well, hopefully the tale of this Artemis won't be quite as ho-hum as that of her ancient
namesake. In fact, if you've got a lonely pair of thumbs who are looking for a little airborne romance, you could do worse than to introduce them to this little sweetheart. There is a catch, though. You have to build her first.

Time for a little background before we rush into the nuts and bolts stuff. Artemis was conceived as a proof of concept vehicle. For us non-engineers, that means: Let's see if the dang thing works before we spend the real money. The concept I thought needed proof was this: could a laminar flow airfoil find true happiness married to a pattern type airframe? The source of inspiration was a copy of Martin Simons' excellent book Model Aircraft Aerodynamics, available from your local hobby dealer or Model & Allied Publications, Argus Books Ltd, 14 St James Road, Watford, Herts, UK, whichever is easiest (not to mention Carstens Book Hangar; listed as #3218 for 14.95). Personally, I'd try my dealer first! No kidding, this is a great reference. Even if, like me, you tend to grit your teeth at the math, the pictures and diagrams are pretty plain.

Mr Simons got me started by offering the opinion that as the Reynolds number falls, the chances of preserving laminar flow go up, and that, because of the lower Reynolds numbers involved, and the higher relative viscosity of the boundary layer due to scale effect, the standard of precision (wing smoothness) required to maintain laminar flow is less for models than for full-sized aircraft!

Now, without getting terribly technical, and hopefully without starting a controversy, I'm going to go way out on this limb and say that the theoretical advantages of laminar flow have been well known since around WW II; ie lower profile drag over a broader speed range, and therefore overall a more efficient wing. Obviously, there are limits. You don't see indoor rubber stuff floating around on laminar flow wings, and the larger, slower ships which operate over a narrow speed Drange don't need them either..." 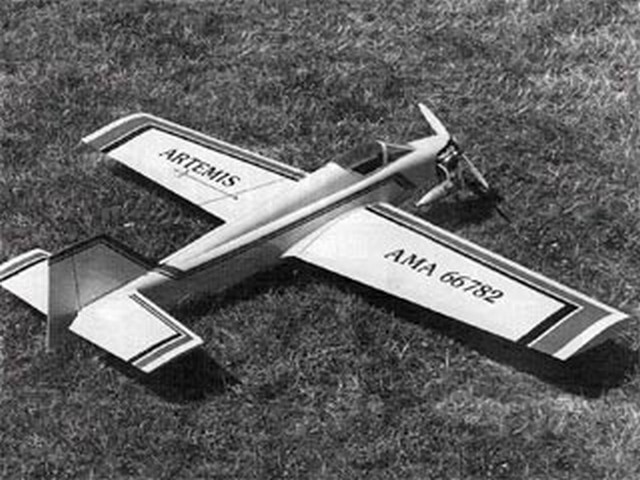