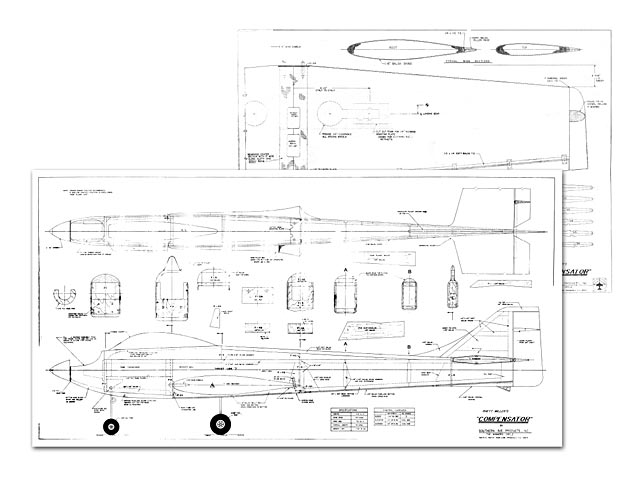 Quote: "Continuing MAN's policy of presenting R/C Pattern Nats winners, we offer the '73 winner, designed and developed by the youngest ever to win our prestigious event. 15-year-old Rhett joined the ranks of this country's top Pattern pilots with some of the best flying seen at the Championships.

The Compensator came into being as a result of an attempt to design an R/C Pattern airplane which would enhance my chances of becoming more successful in aerobatic competition. True to its name, the Compensator appears to demonstrate an amazing ability to minimize changes in heading which are normally experienced when flying in cross-wind conditions. Very seldom in Florida do we fly in calm air, thus, this compensating characteristic is a decided plus factor.

Since I have very little experience in the area of Pattern airplane design. or in the field of aerodynamics, the design of the Compensator is a compilation of various ideas, comments and observations which have resulted in a Pattern plane capable of properly executing both the AMA and FAI patterns. It is also very adept in the performance of snap and knife edge maneuvers.

The number of flyers who reach the position of competing successfully at the Nats without some help and encouragement along the way is very few and I am no exception. All of the better known Pattern flyers with whom I have had the pleasure of coming in contact have been quick to impart little jewels of knowledge and lend a helping hand; for this, I am grateful.

The one individual to whom I am most grateful and who spent many long hours coaching me not only at the flying field but in 'skull practice' sessions, was the late Jim Kirkland. The short period of time during which I had the pleasure of knowing and flying with Mr. Kirkland will be an experience I will never forget.

In late August, 1971, at a small contest in Pensacola, Florida, I was flying a Kirkland designed 'Intruder' and was obviously not executing the slow roll properly. After a couple of flights, Mr. Kirkland, who was also at the contest, walked over and proceeded to tell me what I was doing wrong and the corrective measures necessary to improve the roll. That was the beginning of our friendship.

The following spring and summer I spent several weekends practicing with him, and as a result my flying skills improved tremendously. I am sure that having had the opportunity to fly with a person of his skill and knowledge accelerated my progress tremendously.

At the end of the 1972 contest season, I made a comparative analysis of all scores received that year on individual maneuvers to try and determine those that needed the most attention.

This analysis precipitated the idea of designing the Compensator. After experimenting and observing the performance of several different wings, a root section of 16% and a tip section of 14% were chosen. It is my opinion that sections greater than this create too much drag..." 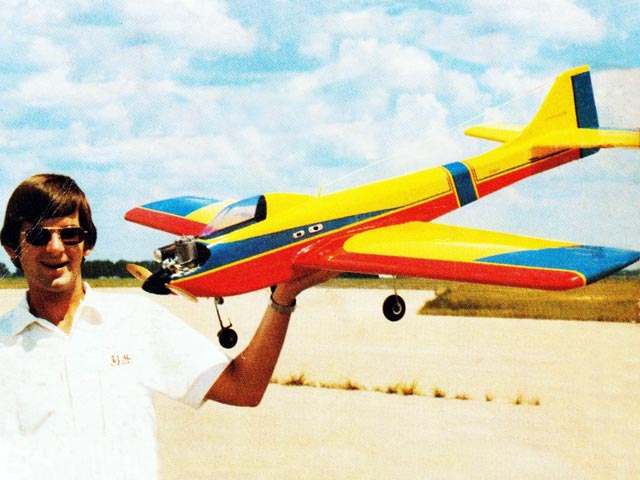