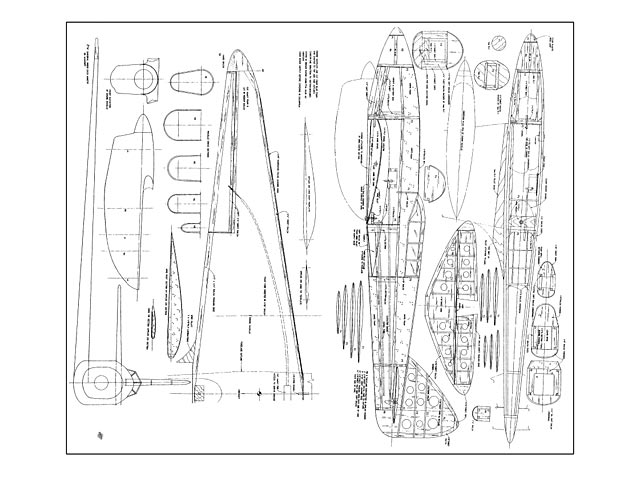 As a schoolboy I collected cigarette cards like many others. Around the mid 1930s John Player & Sons brought out a fine collection of civil aircraft including the DH Comet Racer, 'Grosvenor House'. Since that day I have always admired the Comet for its clean lines and racy appearance. The design was well ahead of its time. Ever since I became interested in power scale soaring some 15 years ago, the Comet has been on my building list and now the model has become a reality.

Three Comets were built in complete secrecy by DH (for a nominal price of £5000 each), to take part in the England to Australia air race held in 1934. The race was the brainchild of Sir Harold Gengoult-Smith, Lord Mayor of Melbourne, Australia and Sir MacPherson Robertson the millionaire sweet manufacturer. The event known as the MacRobertson Air Race was flown from Mildenhall, England to Melbourne, Australia, a distance of about 11,300 miles. First prize was £15,000 plus a Gold Cup.

Twenty aircraft started the race, including the three Comets. Of these, the winning machine was the red Comet 'Grosvenor House' registration number G-ACSS, flown by Scott and Black in a time of 70 hours 54 minutes 18 seconds.

To help me produce a set of model plans I purchased two books which provided all the information I needed. The first was one of the Aircraft Archive Series published by Argus Books titled 'Famous Racing and Aerobatic Planes'. This publication contains superb 5-view drawings to 1/48h scale, plus additional details and cross sections. The ISBN reference is 0 85242. The other book was 'DH88 -de Havilland's Racing Comet'. This book by David Ogilvy, published by Airlife Publications Ltd, provides the full history of the Comet aircraft production and subsequent use of each of the 5 machines, plus a chapter on the race. The ISBN reference is 15310 0110.

I decided on a scale of 1:8 and scaled up the book drawings appropriately to give a two-piece model of 66 in wingspan, built using my preferred construction method of combined balsa and foam.

Build Notes. Fuselage: Construction commences by cutting out the two 1/4 in medium balsa sheet sides to which are then attached against their top and bottom inside surfaces the 1/4 x 1/4 soft balsa longerons. The formers are then fitted and the vertical joints between sides and formers F3, F5 and F6 are strengthened with 1/2 in triangular section balsa uprights.

Add the foam between the formers above and below the longerons, roughly cutting them to the formers shape with a hot wire or fretsaw blade, then sanded to an accurate profile. I use a 12 in long sanding block as supplied by motorcar parts suppliers. If you are using white foam, sand in one direction only since this type of foam, I find, tends to rough up as though it has a 'grain'.

The ballast weight and receiver battery nose box is then added, followed by the fitting of the lower nose sheeting and the nose block..." 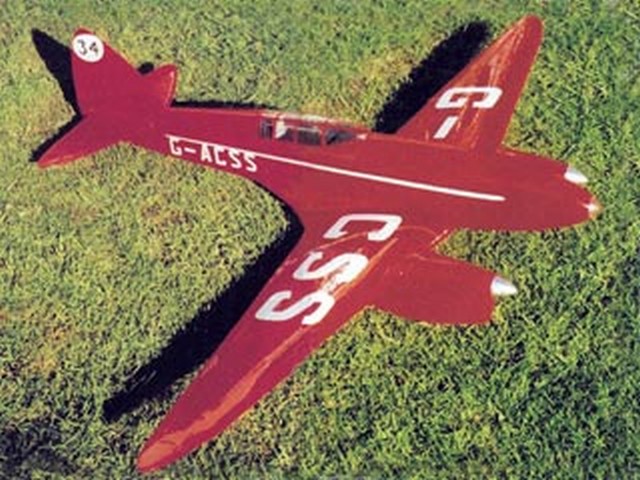