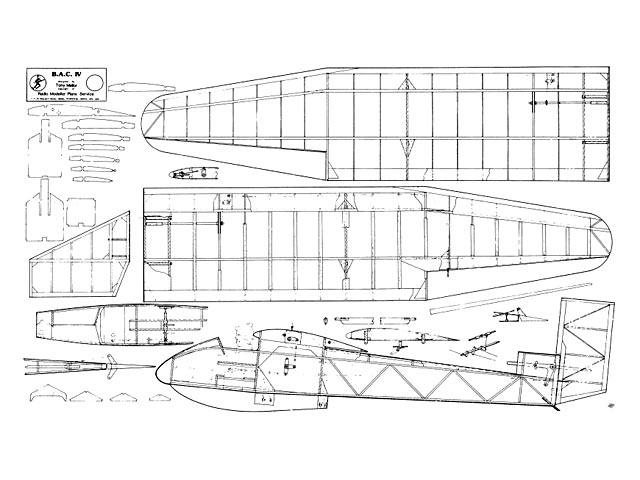 Quote: "The British Aircraft Co Ltd was founded by Mr C H Lowe-Wylde in 1930 and the company set up a factory to manufacture sailplanes at Maidstone, Kent. On the 4th January of the same year he also founded the Kent Gliding Club and designed the BAC I primary glider which was built by the members of this club. The company built eight further types to his designs during 1931-32, most of these being built at the Maidstone factory.

Lowe-Wylde also pioneered the development of auto-tow launchings from flat gliding sites and gave many demonstrations of this around the country, a lot of these being with Sir Alan Cobham's Flying Circus. In 1932 a BAC VII two-seat tandem sailplane was converted to power by deleting the rear cockpit and mounting a Douglas Dragonfly flat twin motor cycle engine over the wing driving a pusher propeller; this type was named 'The Planette'. Unfortunately on 13th May 1933 Lowe-Wylde was killed whilst flying a Planette when he side-slipped into the ground from 400ft after being taken ill in flight.

The company was then taken over by the Austrian sailplane pilot Robert Kronfield - the first pilot to contact a thermal and use it to get away from the hillside by flying in circles! Kronfield revised the Planette design and renamed it the 'Drone'; he also moved the factory to Feltham, Middlesex where he built 28 drones and one Kronfield monoplane (a revised Drone) before closing down the company in 1937.

Our subject, the BAC IV was designed in 1930 and was a single-seat secondary sailplane with a span of 40ft 9in, a wing area of 184 sq.ft. and weighed only 200lbs -a touch over 17oz per sq ft! As far as I can ascertain only two were built and were given BGA Nos 181 and 255, though where they went to and whether they still exist I have not researched to date.

This then is the background to the BAC IV which I chose to model for its simple lines, the fact that it is a vintage wooden type and I just plain liked the looks of it! The scale of 1/6th was chosen because the slopes available to me are quite small and a small, nimble model is a lot easier to fly in the limited lift available, especially when a lot of other models are airborne. A few deviations from true scale have been taken in the interests of efficiency. These are a slightly longer nose to save adding weight to balance, top hinged ailerons to seal the gaps, an all-moving tail and a modern E 193 wing section.

The model as drawn has coupled aileron-rudder and elevator control on two functions; however there is room for a third servo if you wish to operate the rudder separately and do your own coordinating. The torque tube aileron drive is a little unusual though quite effective and easy for rigging; it could probably be replaced by micro servos in the wing if you have them and wish to do so. And so to construction..." 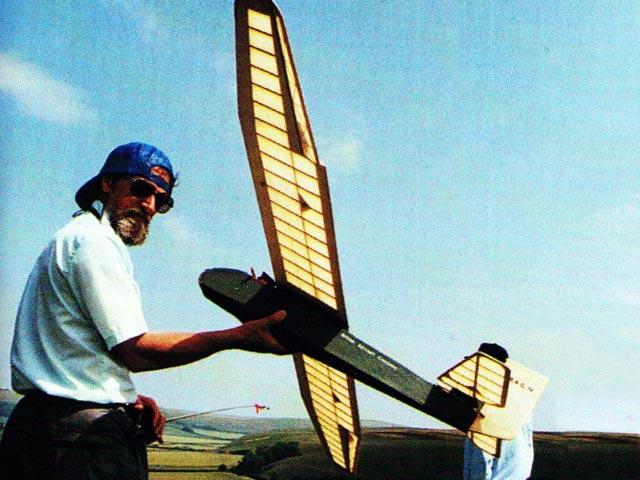