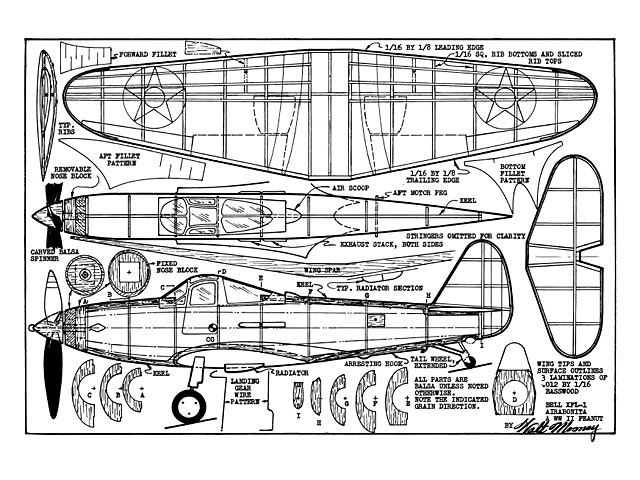 Quote: "The XFL-l Airabonita was developed along with the P-39 Airacobra to be the Navy version of the Army Air Corps XP-39 fighter. Because at that time, it was felt the tricycle landing gear was not suitable for operation from Navy carriers, the XFL-l was fitted with two main wheels and a tail wheel. However, it failed its carrier qualification trials, because of landing gear troubles, and only one airplane was built.

The XFL-1 is a very colorful WW-II aircraft for modeling. The upper surface and leading edges of the wings were yellow, with large red, white and blue USA. insignia on top and bottom of each wing. The rudder had vertical blue, white, and red stripes, with the blue stripe nearest the hinge line. The rest of the airplane was finished with silver lacquer. The propeller had red, white, and blue stripes on its tips, red outermost. The graceful shape of the XFL-l resembles the production P-39, except that the canopy is deeper (the same depth as the original XP-39). The air intake behind the canopy is smaller, and the radiators were not mounted in the leading edges, where the landing gear retracted, but under each wing. The vertical tail was redesigned and is a taller, higher aspect ratio surface on the Airabonita." 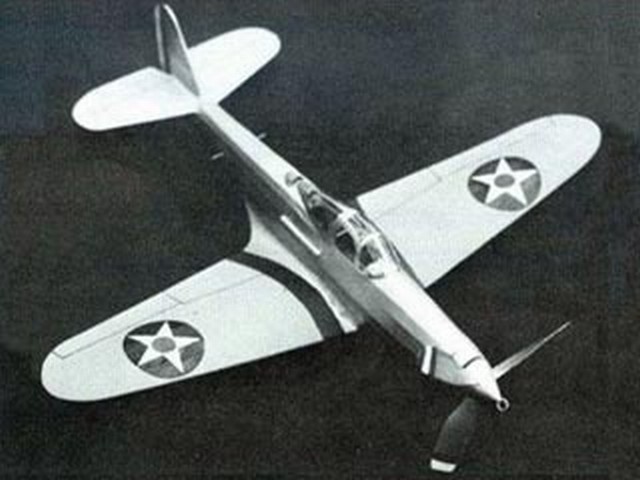