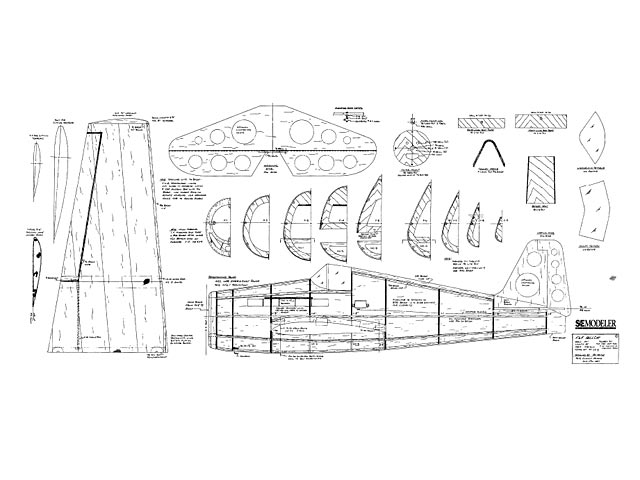 Quote: "The F-6F spans 42 feet 10 inches and has a top speed of over 400 mph. Powered by an R-2800. 18-cylinder radial engine swinging a 13-foot-1-inch Hamilton Standard three-blade prop, it produced a very impressive 3,000-foot-per-minute rate of climb. Armed with six wing-mounted 50 caliber machine guns, the Hellcat was a very potent weapons system with a reputation for taking a serious beating and still bringing its pilots home.

Built by Grumman Aeroworks (or Iron Works, as it were), the F-6F Hellcat first flew in August 1941. Production began in late '41 and the airplane went into service on January 16, 1942 aboard the USS Essex. The Hellcat subsequently remained in production until November 1945. During that time, 12,272 air-planes were built, and they racked-up nearly 6,500 enemy kills.

For years I've wanted to fly a Hellcat because of its reputation as a very stable and all around good flying airplane. The thing that held me back was the 90-degree rotating landing gear and somehow flying the Hellcat with fixed gear just didn't seem right. In the electric realm, no gear is required! In the meantime, I had been working with some larger electric models and figured I'd try designing an F-6 in the 400 sq in range, for 05 and belt drive. The results were impressive.

The basic design is of lite ply and balsa with a foam wing. Target weight on 8 to 10 cells was 50 to 55 ounces, which turned out just about right. On ten 1000 mAh cells, the prototype flew at 48.6 az, On ten 1700 cells, the flying weight was 58.3 oz. Either way, perfor-mance is great using the Kyosho Magnetic Mayhem Motor, 2.3:1 Olympus belt drive and 10x8 Aeronaut prop. Further testing was done using the MEC Turbo 10 with a 12x8 or 11x9 Master Airscrew wood prop. That system worked okay too, but lacked the 'torky' feel. Finally I tried a CEM 05 Cobalt on the 2.3 belt drive, using the Aeronaut 10x8, This is by far the best of the three. This system delivers better speed, vertical performance, and dura-tion than the Magnetic Mayhem and works fine on ten cells. (C.E.M. recom-mends a maximum of eight cells for this motor, but in over 100 flights, has worked flawlessly on ten.)

So, for those of us operating on a budget, the Magnetic Mayhem (at around $30.00) works great. The CEM Cobalt is the motor of choice for those who really want some serious punch! Current draw on these systems works out from 32-38A.

Building the Model. I would recommend using 4 to 6-lb balsa for the fuselage and wing sheeting. Medium balsa works best for the horizontal and vertical stabilizers.

Tail Section. Start by cutting the vertical and horizontal stabs from the 3/16 sheet. Assemble and shape them as shown.

Wing. The wing cores should be cut from 16 ounce white virgin foam. I prefer 3M Super 77 for skinning since its quick and easy. Add the balsa leading edge cap and balsa tip blocks, and sand to shape. Using the wing plan, mark the aileron and dihedral brake locations on the wing panels and cut them into sec-tions. Cap the aileron bays with 1/6 balsa and sand to shape. Next, join the center section with the bottom surface flat on the building board using 15-minute epoxy..." 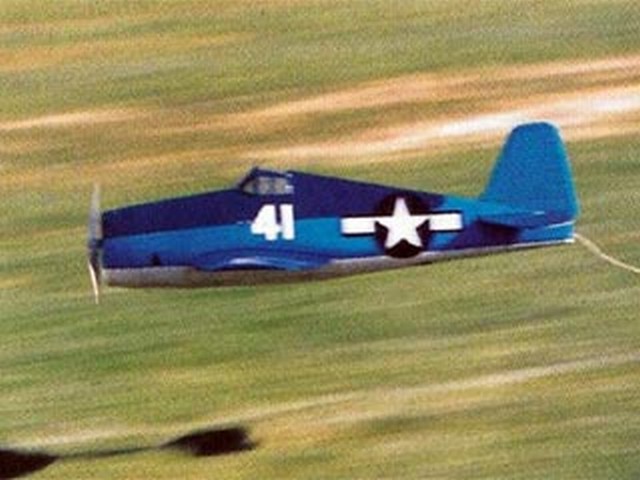