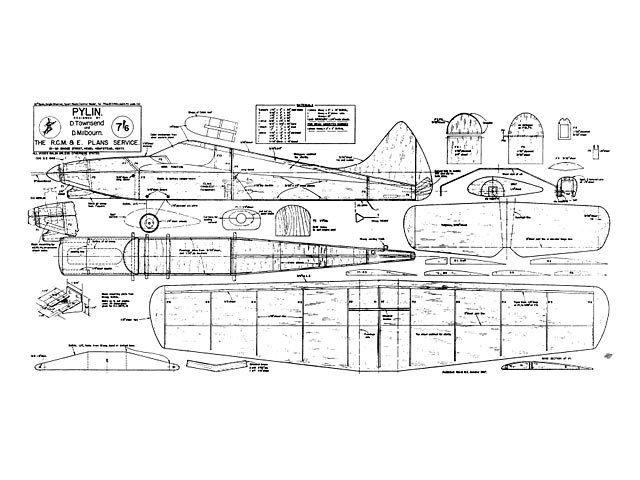 WITHOUT a doubt, the category within the radio control hobby that has inspired us most is the Goodyear pylon racing event. This is the 'different' side to R/C which cannot fail to inspire all who watch these little speed machines zipping around the pylons. Having seen a race, one simply has to sit down and build a racy looking model of ones own.

Having got the bug for Goodyear racers, we realised that we couldn't make the big stuff because the only radio set we had was an RCS Guidance System. The original Pylin was a three-footer, powered by a potent A.M. 15 with rudder and kick-up elevator. This was by no means the ideal single channel model, for the tiniest blip of rudder would throw the thing into a vicious spiral dive, while a dab of 'up' was enough for four or five tight loops!

When our fingers had stopped trembling, we put pencil to paper again and came up with Pylin II a 30 in model with a Babe Bee to provide the urge, and selective rudder control only. The result was a very gratifying flight performance, but the model tended to zoom after turns, requiring some deft rudder control to overcome with resultant unnecessary expenditure of escapement motor turns.

Pylin III was an attempt to cure this, but we went too far in using a fully symmetrical section and a Cox QZ .049 for power. The high weight of 21 oz complete with radio equipment added to the problem and the heavily loaded wing managed to lift the model no more than five feet before sagging into the ground.

The model presented here, Pylin IV, reverts to a thin, flat-bottomed wing section and features all sheet wing construction. No problems should present themselves in building to anyone other than a complete novice for whom the model is not really recommended. Get some practice in on a docile trainer before you take on this one.

The top rear wing sheet should be really soft 1/16 in, steamed to the curve and glued down with PVA or Resin W (Evo-stik Impact might do). Hold in place with loads of pins and rubber bands. If you use a Cox Babe-Bee or QZ the air scoop underneath the nose should be hollowed out to allow the rear carb the chance of breeze.

The wing leading edge is not entirely straight-forward due to the recess which is there to provide good gluing area for the sheet skinning. The answer here is to use a steel rule and a really sharp knife to cut the tapered strip..." 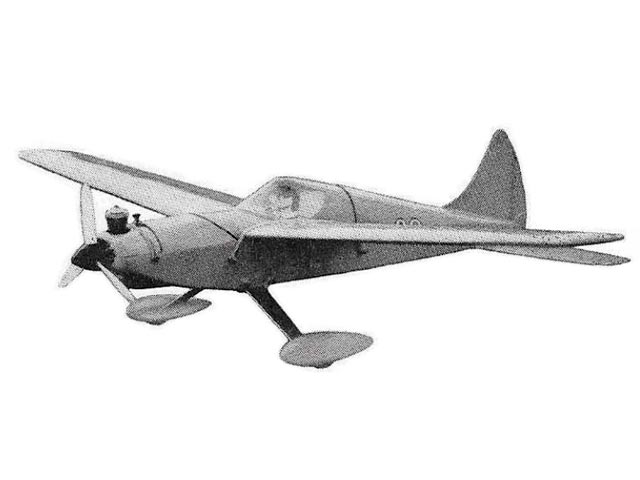