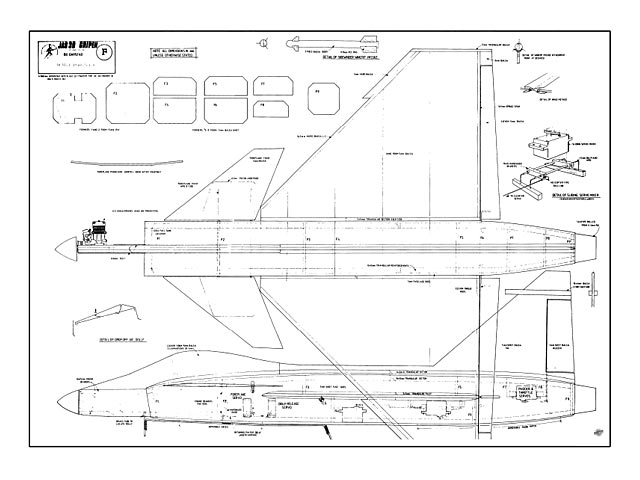 THE Swedish aircraft manufacturer SAAB is now building and testing the JAS39 Gripen as a fourth generation combat airplane. JAS stands for Jakt (fighter), Attack (attack) and Spaning (reconnaissance), and the Gripen is a kind of aggressive, symbolic eagle.

By the beginning of this year I had completed 72 successful flights with my Gripen, which was not designed to be 100 per cent scale, but a simplified, practical model. I seem to have had more luck with my Gripen model than SAAB had with their first prototype which was lost in strong cross winds, apparently because of an inadequately-developed steering program.

Building and flying this model has been the most challenging project I have tackled. The model had to be capable of being flown from grass without exotic or expensive motors; and it had to look scale in the air despite its semi-scale appearance on the ground. These factors ruled out the use of ducted fans or rear-mounted engines, but permitted the use of a balsa sheet wing for simplicity. Having designed my Draken in the mid-seventies, I had no doubt about the aerodynamic performance of sheet wings; indeed, I think I was perhaps the first to use this technique on semi-scale R/C models.

The building time for the two prototypes was very short at only three weeks. At the end of May 1989, I took to the air with the Gripen, my 107th R/C model, and the exhilarating flight performance fulfilled my expectations..."

Update 08/08/2019: Have rescaled this one up to fullsize at wingspan of 35 in (if you include the tip missiles), thanks to Nigel who raised the issue. The article text specifies 35 in (on page 4). This would also tie in with the delta wing being made up of 4 inch wide sheets. 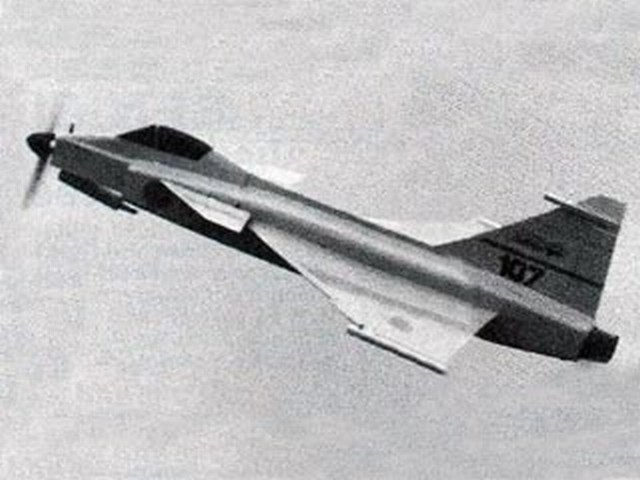