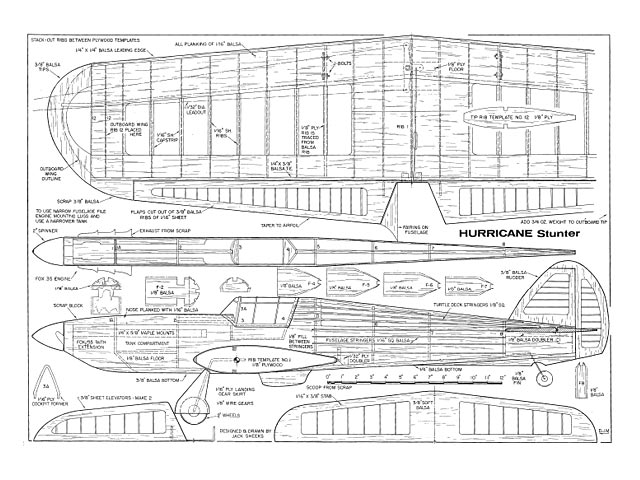 Not a really fast fighter, but a good machine. In the early days of the Battle of Britain, the legendary Hawker Hurricane became known among the pilots who flew her as the 'Hurry Box'. It was overshadowed by the magnificent Spitfire to be sure, but it was a maneuverable machine, a robust design, and above all, available. There just weren't enough Spitfires to go around, which made the still formidable Hurricane a wonderful thing to have when an air raid was imminent.

While it was found lacking in some respects, it was a tough aircraft and it brought many a pilot back when by rights his aerial steed might well have given up to the laws of flight. And so it became the mainstay of the fighter squadrons on the line in England. It was called upon for impossible tasks, met the challenge and did things a fighter should never be asked to do.

Hurry Box became its name. Where the name came from I'm not too sure, but it must have been a combination between Hurricane and the race to take-off on a cold engine to do battle with the hostile aircraft approaching.

Our Stunt Controline Hurricane is but an impression of the design, rather than a scale attempt. Areas, airfoil, wing flaps and other liberties in the airframe were taken to squeeze maximum performance from the machine, a necessity in this hotly contested event. It is therefore not Scale, never will be Scale, and it is too far out to be considered even Stand-Off Scale. It is just a fine Stunt' design with the realism of a Hurricane included for the flavor.

As a Stunter, it makes no apologies. A capable aircraft for the purpose and the purpose is compe-tition Stunt. The finish is the part that meets the eyeballs. To capture the essence of a beat-up fighter in the field, a somewhat flat and shiney scheme was chosen..." 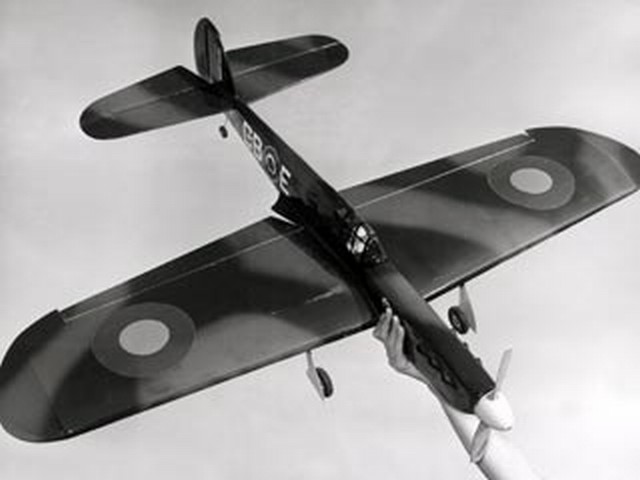