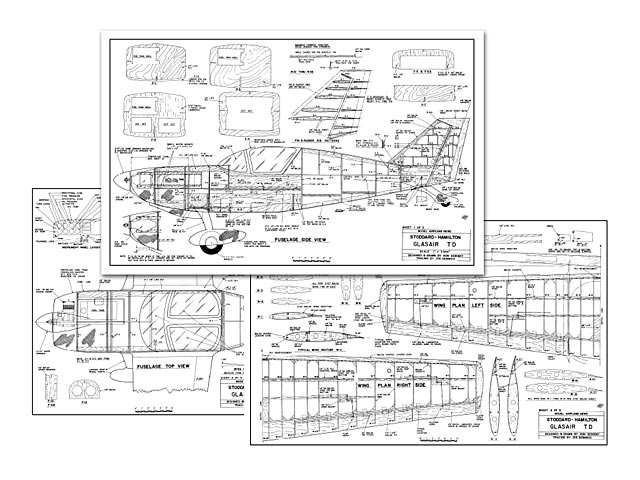 Quote: "One of the hottest selling lightplanes can be yours in this 1/4-scale scratch version. By Ron Sebosky.

I RECENTLY picked up a magazine called Kitplanes and started reading about the Glasair RG and TD. Stoddard-Hamilton, designer and manufacturer of the Glasairs, called them a 'fast pair of glass slippers.' I noted that the Glasair was designed to be a high-speed, minimal-power aircraft and still have excellent low-speed characteristics. I read on.

Wanting to build as light as possible, I elected to build the TD version. It's hard to build an R/C aircraft by looking at a picture in a magazine, so I wrote to Stoddard-Hamilton and told them of my ambition. Boy, did I get a response. They sent me everything I asked for and offered to help me in any way they could.

Construction. The Glasair TD model isn't a difficult plane to build. If you are good at forming cowls, canopies, and wheelpants, you'll have no trouble whatsoever with it. If you aren't, Fiberglass Master has them.

The construction procedures will carry you through in the same fashion that I built the original model. The rear portion of the fuselage is built first, then the top portion is built onto it, using the top view of the plan. The rear fuselage is built one side at a time by splitting the formers down the middle and building on the side view of the plan. The wing builds very easily by following the step-by-step instructions.

You can choose your own method of fastening the wing to the fuselage; I elected the spring-loaded method. Most builders use bolts, which is fine. Use the lightest wood you can and add lightening holes wherever you feel you can without jeopardizing strength.

The design originally called for a Fox 78 but I modified it for an O.S. .90 four-stroke engine from Great Planes Model Distributors. I did this because my loving wife gave me the O.S. .90 for my birthday. The cowl is of 6-ounce fiberglass cloth and K&B Superpoxy, reinforced with another layer of 6-ounce cloth on the inside. Believe it or not, this turns out to be very strong and light. You might have noticed a slight difference in the cowl shape, and there are two reasons for this. One is to allow larger air-intake holes so there is better cooling of the engine. The other reason is my inability to locate a 31/4 spinner, so I went with a 3-inch spinner.

To begin building, assemble the elevator by cutting E2 and E1 to the pattern of E1 and pinning it to your workboard. Glue the ribs in position and add gussets as desired. Do the final shaping of the leading edge after the 1/16 in sheeting is in place. The part of the stab that was face down will be the top of the stab when mounted on the aircraft. 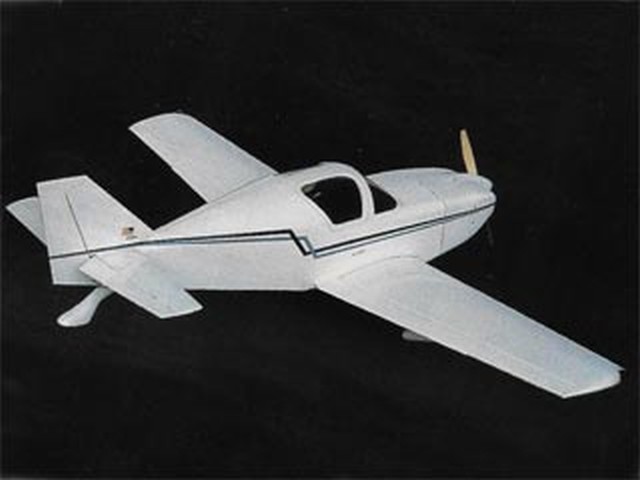