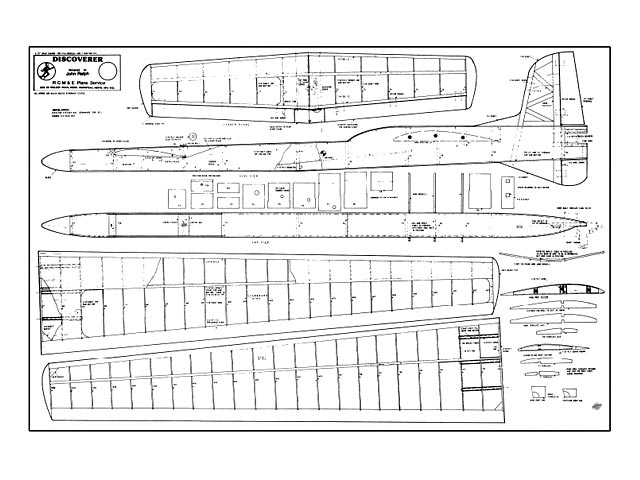 THIS MODEL EVOLVED from just a couple of basic requirements: it was to be essentially a smallish powered sailplane; and above all it was to stay clean! Memories of 'adding on' engines to various sailplanes in the past were of general grubbiness soon building up after the engine was fitted. The latter was usually by nose mounting; over the wing, or in one case in a detachable power egg on top of the fm. The rear mounting kept the model clean but the extra ballast needed to re-trim was, I felt, inefficient and furthermore the pitch change between power on and off was large.

Musing over the matter a couple of years ago, thoughts of pusher canards started to emerge. Now, in spite of years of modelling I'd never built a canard let alone designed one so I thought I had better try to read a bit about the beasts!

Historic research . Nothing's new, as they say, and that's certainly true of canards. Searches through old (some very old!) Aeromodellers and Model Aircraft magazines soon revealed various rubber-powered versions, etc and general opinions and guidance on what was important for the breed. Incidence difference between the two lifting surfaces is probably at the top of the list, closely followed by fin and rudder or lateral area moments about the CG. Dihedral on the foreplane also seemed to have met favour with past designers.

Eventually after a fair amount of mulling over all I had read I sketched out what you now essentially see as 'my' canard. I would be the first to admit the model is a bit of a 'bean pole' fuselage-wise, which means there is not too much room for the radio gear. However, there is sufficient and ample for modern 2 or even 6-8-channel sets with 500 mA/HR Nicads up front. How to find the CG position for what I had drawn up was my next worry, but this as it turned out was pretty simple..." 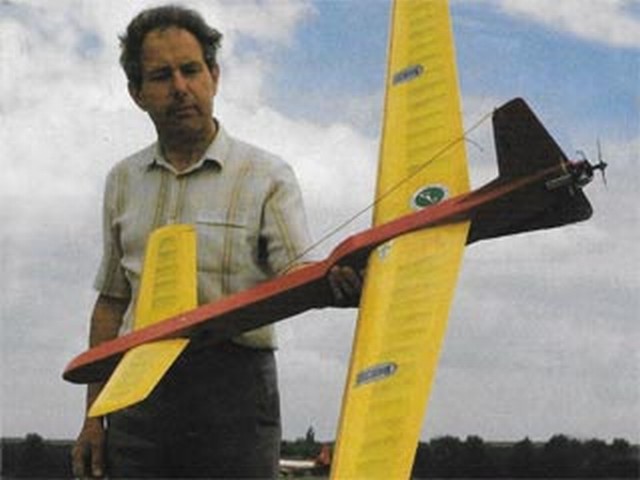