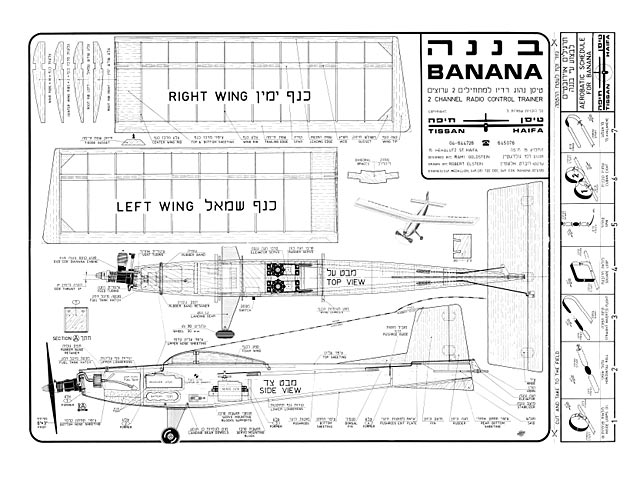 The imaginatively named 'Banana' is a two channel high wing trainer that spans around 39 inches and hails from Israel. Available from 'Hobby Stores', the Banana can be purchased on its own, or as a package for £99, comprising the Banana kit, a Cox engine, two channel radio, prop, covering and glue. Pretty fair value, I reckon.

Aimed at the novice who is perhaps operating on a low budget and wishes to start with something small and simple, and with a quoted build time of only 12 hours, it should satisfy the eager newcomer to the hobby. Although an optional aileron wing exists, the review model has rudder and elevator only.

The kit is designed around engines that operate with a separate fuel tank, however, the Cox .049 that I had available has a small integral fuel tank, which doesn't preclude its use, but does make for shorter duration flights.

Unzip a Banana: Who remembers that old advertising slogan? The colourful box is adorned with photographs of the plane, both during and after construction, and once opened reveals its contents of ply, balsa and hardware, all neatly bagged and labelled. Horns, hinges, wheels and an aluminium undercarriage are all included. A small fuel tank, however, is not. A good plan and very comprehensive 44 page manual (in English) completes the package. The manual is worthy of extra comment, for not only does it detail the construction of the model, it also devotes three pages to the application of heat shrink film and six pages to flying instruction. Pretty impressive.

One of the photos on the box shows a group of youngsters, each with one of these planes. It begs the question that do they collectively constitute a squadron - or a bunch - of bananas?

Bits and pieces: First on the building board is the fuselage. Nothing radical here, just two solid sides with balsa doublers around the radio bay, joined by five formers, and capped with balsa and thin ply sheeting. The sheet balsa sides are well cut and have the former positions marked on them. The manual advocates the dry assembly technique of building whereby the component parts are fitted together, held in a jig and then have a bead of glue run around all the joints. This method necessitates the use of a glue that has good creep qualities and deep penetration. I used Deluxe Materials 'Super Phatic' for building most of this kit. Don't worry if you haven't got a professional jig, as simple wooden jigs to aid fuselage assembly are provided.

Two discrepancies showed themselves at this point. First, one of the formers is not shown on the plan, although it is marked on the fuselage sides and is mentioned in the manual. Second, the pushrod arrangement is different from that detailed on the plan, which shows wooden pushrods with wire ends. In reality the pushrods are all wire..." 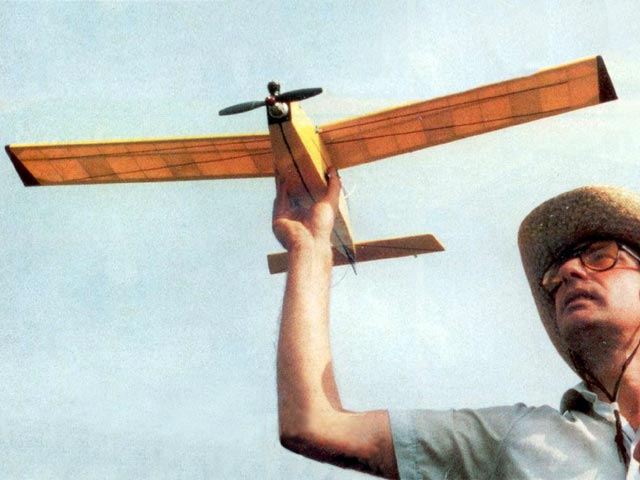 Superb kit but a trainer ? Mine flew like a pylon racer! ?? Three minuets of hectic flight before the engine cut !
Totally wright.
Tony Wright - 07/02/2020
Add a comment